By Andrew Osmond. An anime cinema feature film of JRR Tolkien’s Middle-Earth has been announced, entitled The Lord of the Rings: The War of the Rohirrim. At last, an anime film with a title that Japanese people will find as hard to pronounce as the rest of us! It’s directed by Kenji Kamiyama, the man […]

A manga where humanity is battling against deadly pillars who threaten to exterminate them appear from the ground. Teenager Haruto Teragane is dragged into this battle after becoming…

The sequel series to Versus Earth. Continue reading →

Subscribers! Be sure to go to the blog to read the description easier & check out links for this episode! This month’s episode is another Re... 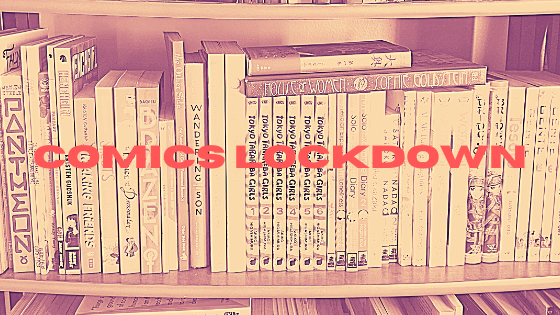 So many articles on comics out there in the world begin with “Comics: not just for kids anymore!” to a point where it’s eye roll-worthy. This need to…

Paranoia Agent: The Trouble of Finding a Middle

This is a review written for Reverse Thieves’s Secret Santa event. I must wonder if Lostty wanted me to loathe myself or something during this season of high…

Welcome to the N.H.K., Paranoia Agent 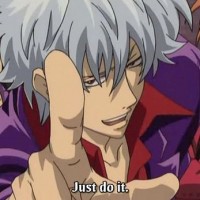 Episode 107 – The Dark Middle Chapter Of The Gintama Septology

The year is almost over and we suddenly have tons of news to talk about. With the anime returning and a live action movie in the summer, 2017…

'TIS THE SECOND ANNIVERSARY OF KYOTO VIDEO! And for such a big occasion, we're taking a look at a big anime. Full of big action, big story, big…

Wandering Witch: The Journey of Elaina – 10 – Meeting in the Middle

Journey of Elaina takes a break from Elaina’s journey to tell the story of her teacher Fran and Saya’s teacher, Sheila. Both were apprentices of Niké, who no…

Wandering Witch: The Journey of Elaina

VR Oldster Goes to the Ends of the Earth (Chapter 6)

Please do not repost this fan translation elsewhere without the permission from the mangaka and me. All rights belong to Bouryoku Tomoko.

There's been a few exciting developments in Precure this week! Healin' Good is coming back, Crunchyroll decides to simulcast it, and we get even more informa...

You’ve read my rant about how Toei Animation avoids green, which is why Cure Earth, who should obviously be a green Cure, is purple. Some fans have accepted…

Full Dive - Episode 10. Reona showed Hiro what she would give to Kamui on her wedding day to someone else. Yes, that's her fairy finger!

Cat Planet Cuties (Episode 1) – The Cat Who Fell to Earth

Imagine waking up to find a hot alien cat-girl curled up asleep beside you! How do you think that would go? Would you be able to explain the…

My Childhood: Where on Earth is Carmen Sandiego?

Last year, Netflix debuted a new Carmen Sandiego cartoon called…Carmen Sandiego. It has two seasons now. For today’s kids, this was their introduction to the iconic lady in…

“Odin”, AKA Hina, makes herself at home at Youta’s, and to his shock neither his mom nor dad have a problem with her staying as long as she…

The Day I Became a God

★Writer: Richard K. Moe Story: “Ichiro Inuyashiki is down on his luck. While only 58 years old, his geriatric looks often have him written off as a pathetic…

While Nausicaä of the Valley of the Wind may be the first original film project cited in Miyazaki’s canon, the honor of being the first true Studio Ghibi…

Nausicaä of the Valley of the Wind

The Tree in the Middle of the World: Late Ghibli Animator Makiko Futaki’s Magical Picture Book

Makiko Futaki was one of the most important Studio Ghibli animators. Working with Miyazaki since Lupin the III: The Castle of Cagliostro in 1979, she contributed to almost…

This is a First Impressions review for Episode one of the Tokyo卍Revengers anime.

They’re here. They’ve invaded. The aliens. They’ve crashed their way into Tokyo and war is surely coming. The government is at a loss as to how to go…

They’re here. They’ve invaded. The aliens. They’ve crashed their way into Tokyo and war is surely coming. The government is at a loss as to how to go…

Hi, Everyone! This is Episode 20 of Healin' Good Precure and here are my thoughts of this episode!We continue from where we left off with Cure Earth arrived…

Hi, Everyone! This is Episode 19 of Healin' Good Precure and here are my thoughts of this episode! Before we begin, my thoughts on Episode 18 was that it… 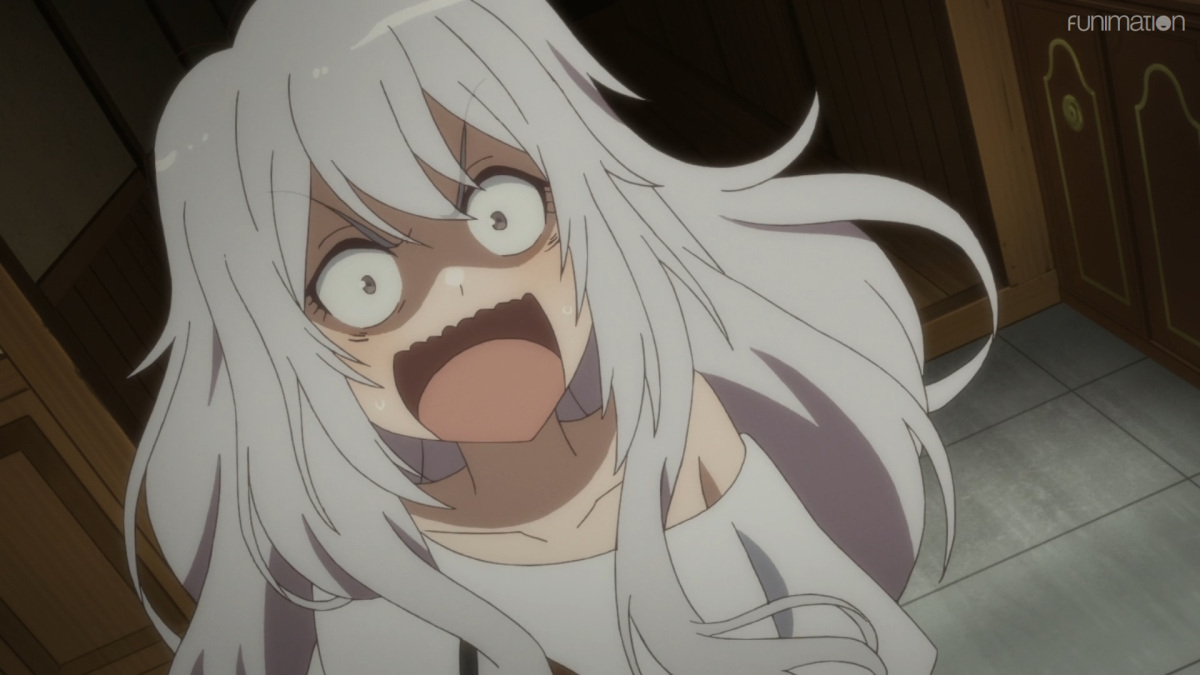 Otherside Picnic returns to adapting the light novel with its fourth episode, after giving us an anime original story previously. One thing I want to mention is that…

Healin' Good ♡ Precure hasn't made me care about Cure Earth yet

Disclaimer: this post was inspired by the amazing YouTube video by Under the Scope about the Monogatari series, and you should check it out. Also, Content Warning for…

Miru Tights: A Down-to-Earth Ecchi Devoid of All Discomfort and Capped with Intense Fervor

By Andrew Osmond. While much of the K franchise is available from Anime Limited, the first K TV series from 2012 has been sadly out of print in…

The Best Anime About Creating Anime

There Goes My Kokoro

Keep Your Hands Off Eizouken!

The Anime of the Decade

TOday, after 50 million years, I will look over my favorite anime from the last decade

12 Days of Anime: The Anime Standouts of the Decade

12 Days of Anime: The Anime Standouts of the Decade

For today’s entry, I will be sharing the anime standouts of the decade. This last 10 years had been amazing … More 12 Days of Anime: The Anime…

Canipa discusses two myths related to anime budgets, investigating how it relates to animation, how they vary between shows, and whether it's worth talking about them at all. Send…

Here it is, the third and final installment in our Best of the 2010s series! We’ve gotten manga and video games out of the way, so it’s time…

The Tyranny of the Anime Underdog

I was watching a Sports! anime the other day, like one does, and something really odd happened. Something that almost never happens. The main characters’ team was up…

Standing On My Neck

#TheAnimangaFestival Don’t worry, this is, like, only 80% a rant (xD) A couple of weeks ago, while scrolling through my Twitter feed, I came across one of those…

#TheAnimangaFestival Don’t worry, this is, like, only 80% a rant (xD)

Anime of the decade!

An elegiac rundown of my favourite anime of the last ten years. Dedicated to everyone that loves anime.

Anime for the Brokenhearted

If you are brokenhearted, anime can offer some reprieve. Relationships can be rough, and they often end. If you are like me, when I’m brokenhearted I want to…

What is a GOAT if not an AOTY? Yup, that’s right, the goat is the animal of the year! And in the meanwhile, let’s look at 2020’s anime!

Beyond The Mountain Lies A World Of Frills 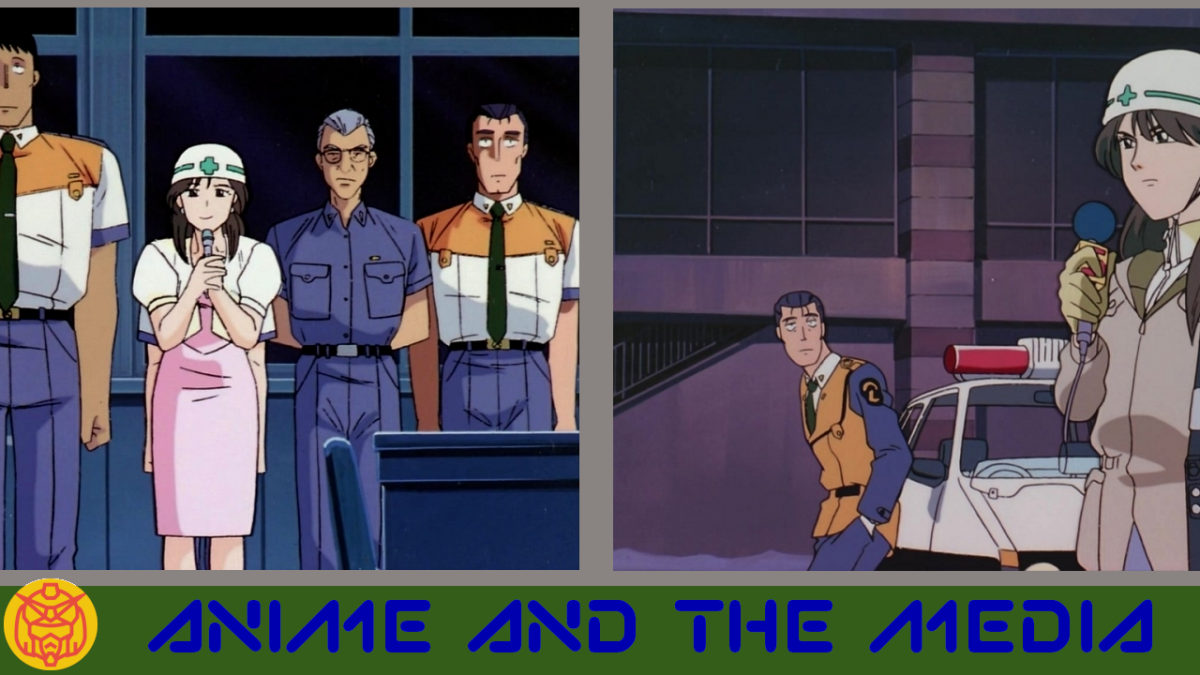 Anime and the Media 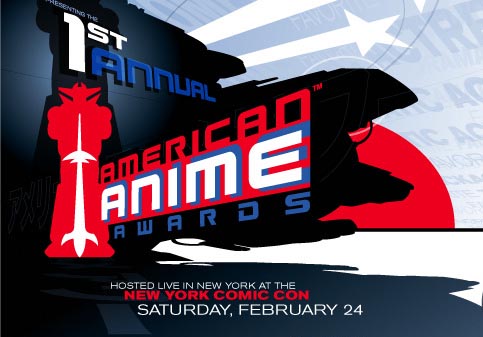 American Anime Awards of 2007 – The Apex of the Anime Boom

Writer’s Note: I am still expanding on this article. I wanted a draft out the day of Crunchyroll’s Anime Awards Show held 11 years to the date. February… 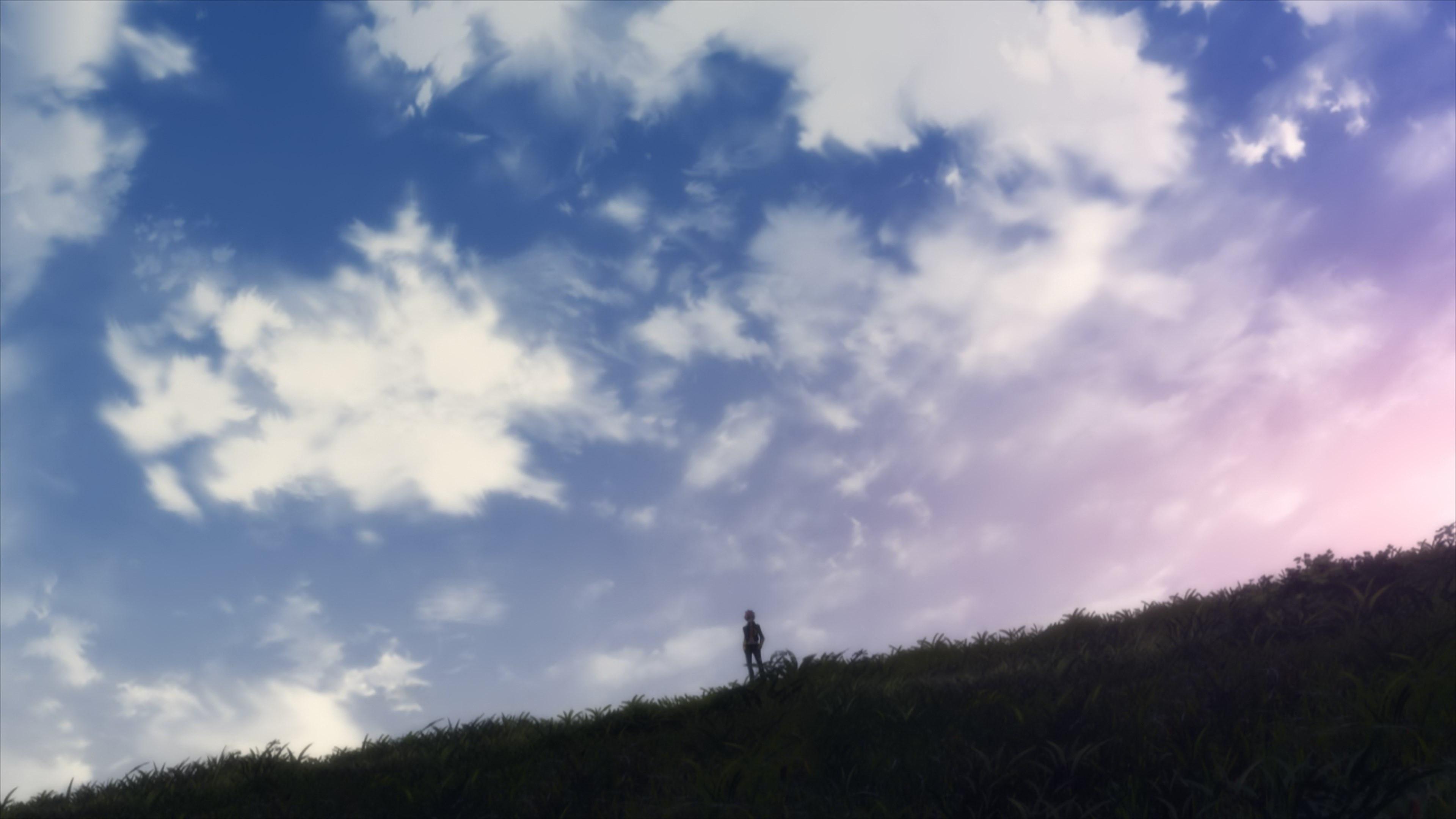 Spring 2021 Anime Overview And The State Of The Anime Industry

It’s time to go over the many interesting offerings in the Spring 2021 anime season to talk about their creative teams, the themes they’re touching on, and their… 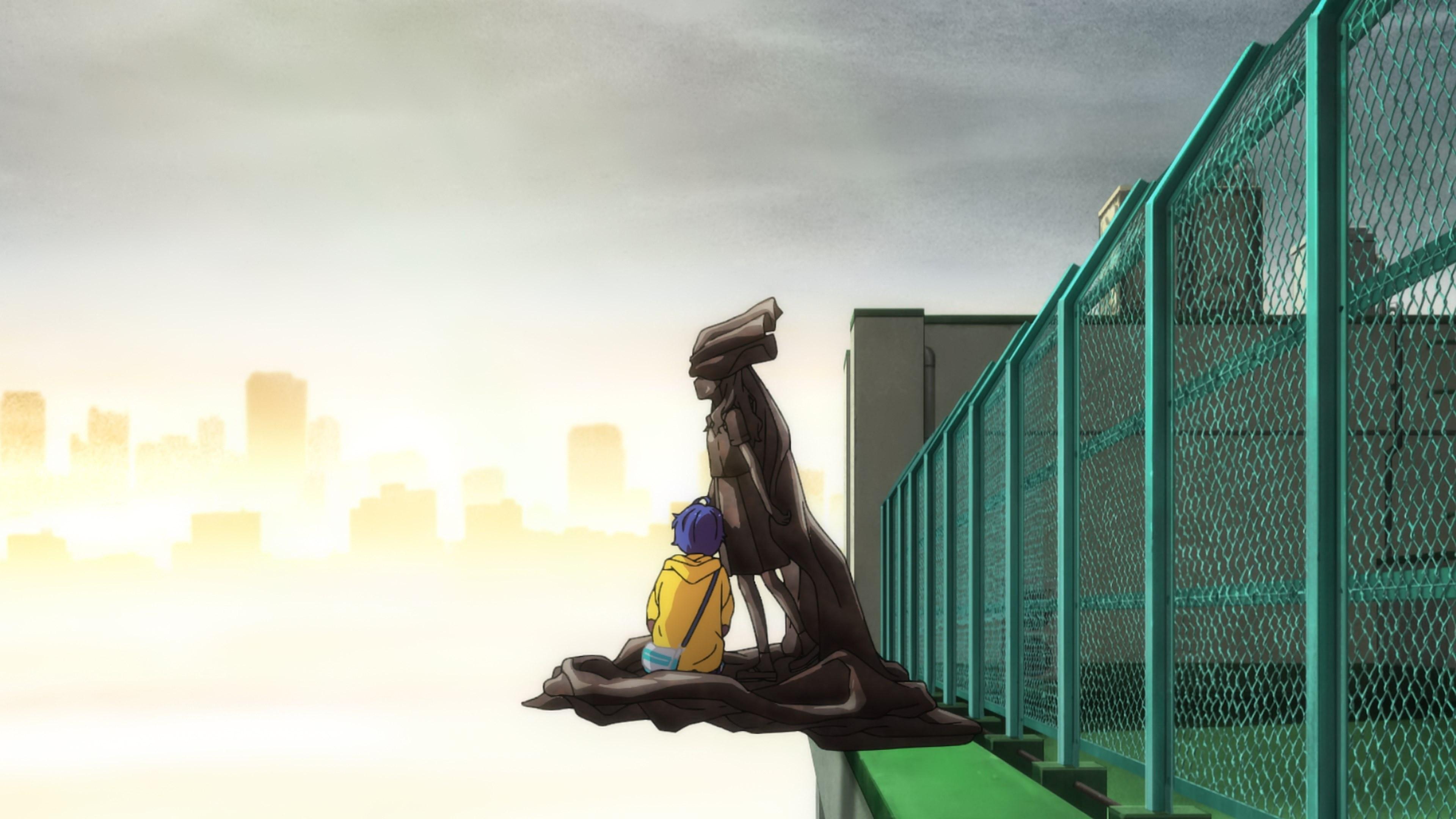 Winter 2021 Anime Overview And The State Of The Anime Industry

Enjoy this deep dive into the unusual Winter 2021 anime season: let’s talk about its extraordinary concentration of brilliant creators and robust teams capable of supporting their ideas,…

That Time I Got Reincarnated as a Slime, The Promised Neverland, VLAD LOVE, WONDER EGG PRIORITY, Horimiya

Anime is a globally revered medium, its huge in Europe with countries like France even co-producing some anime, it’s obviously massive in North America and Australia as they…

Yes, if you are wondering whether you are misreading this. Let me tell you. You're not. Because The Anime Basement is now rated the Top 50 Anime Blog…