With Esdeath back in the Capital, Tatsumi and Bulat will have to face off against her Three Beasts, a team of loyal Teigu wielders with sadistic tendencies. Can they stop them from killing off all of the Minister’s competition? What did you read? After just two more episodes of the anime, it’s time to jump back into the manga. This time, I’ll be looking at volume 3 which covers the events of episode 7 and 8 which was a two-parter. I mentioned that the covers were the things that drew me into this series and it was actually this one… The post Akame ga Kill! (Volume 3) appeared first on The Otaku Author. 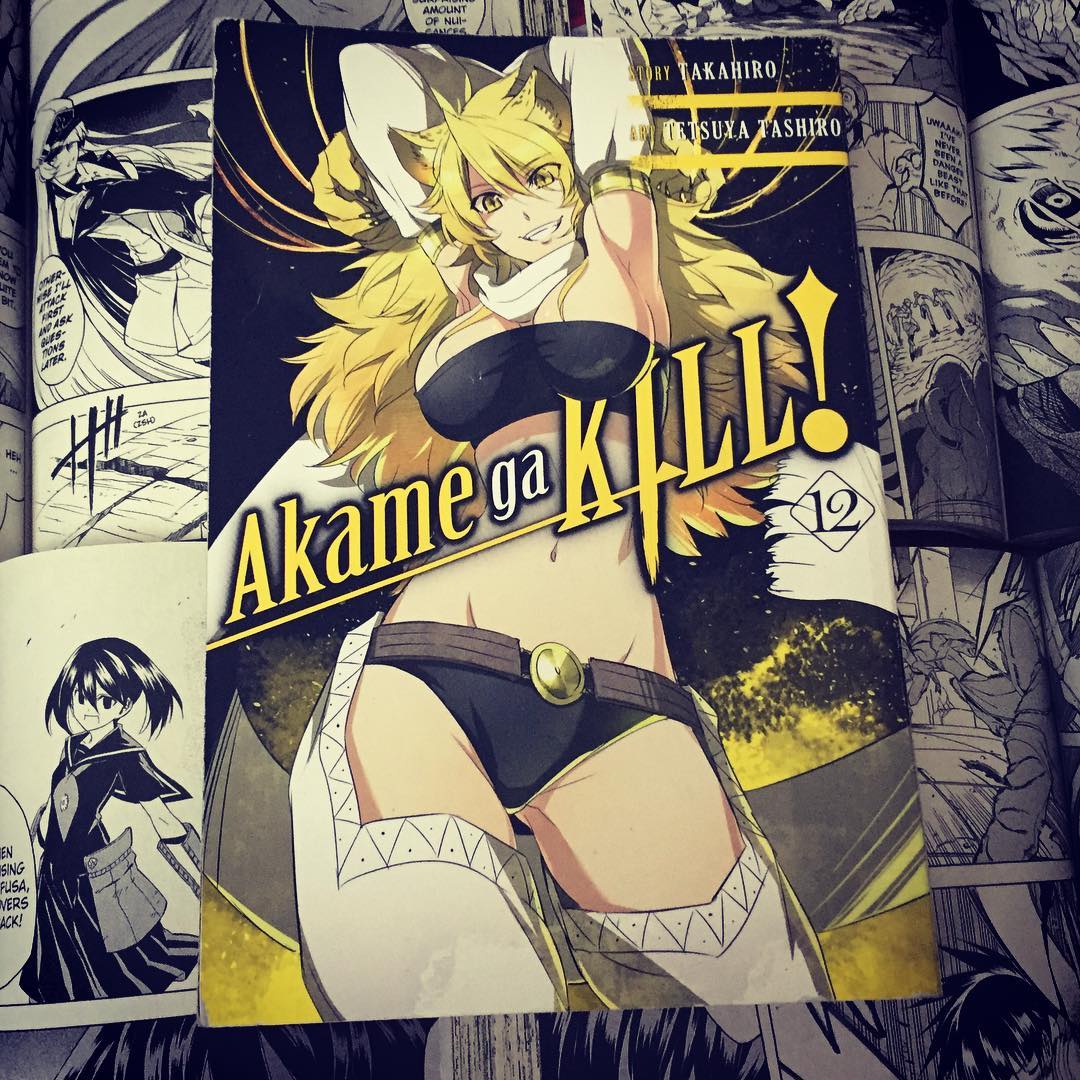 Tatsumi is about to be executed when Akame, Leone, and Mine crash the party. However, if they are to escape their going to have to get past Esdeath… 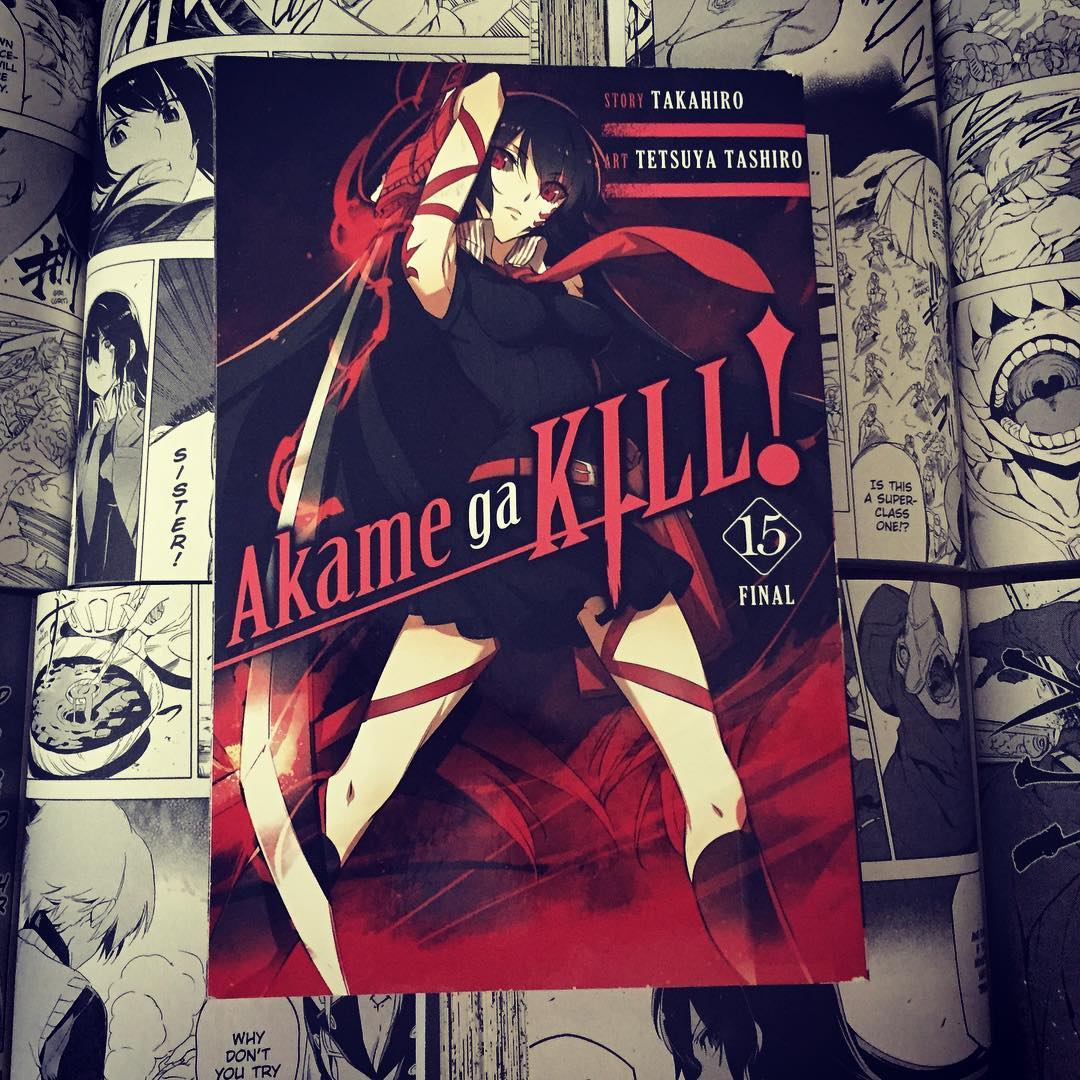 It’s the final battle! Can Tatsumi stop the Emperor from destroying the Capitol and killing all his citizens? To do that he’s going to have to bring down… 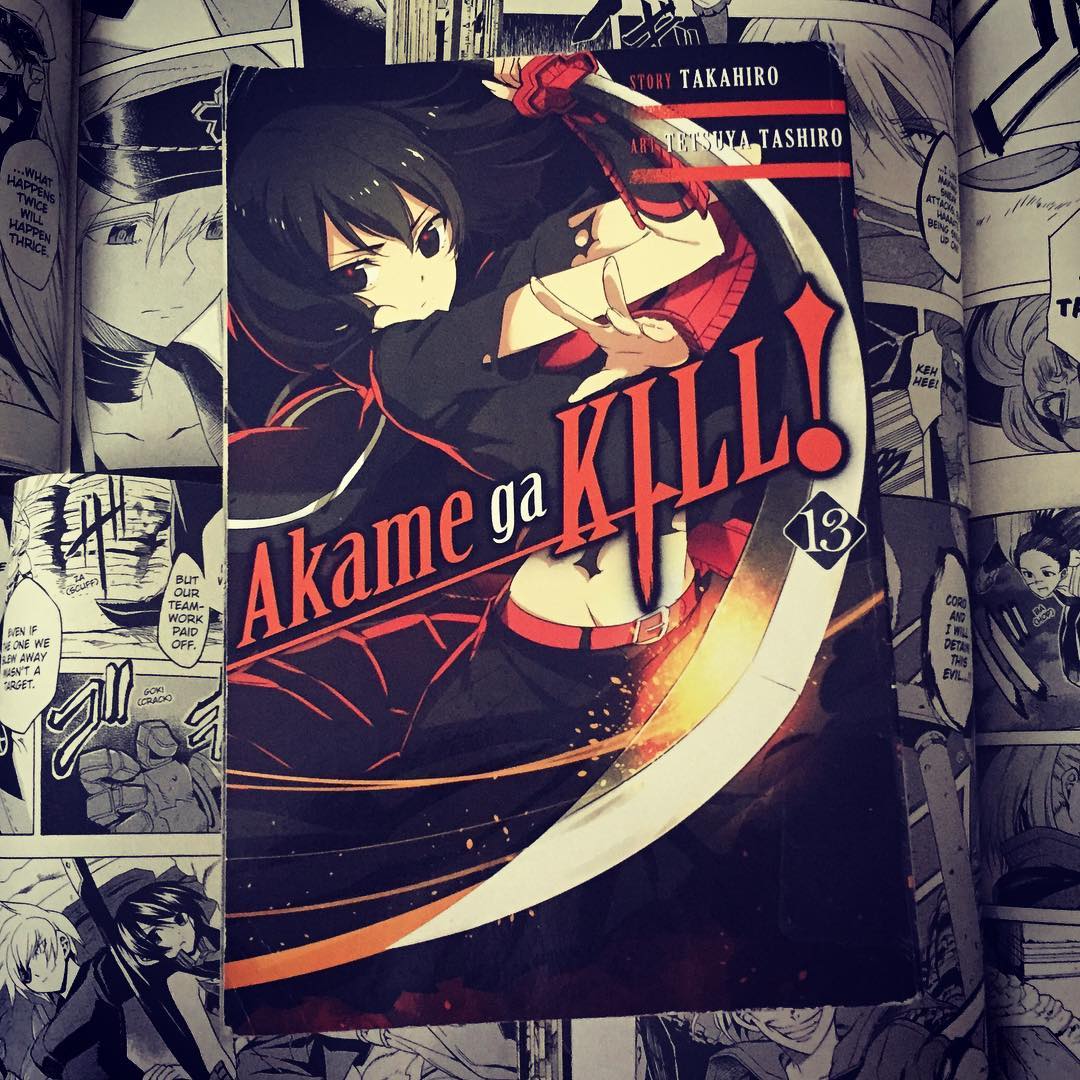 Tatsumi and Leone are still recovering from the fight with Wild Hunt, but Akame gets no time to rest. She has some targets in the Capitol and her… 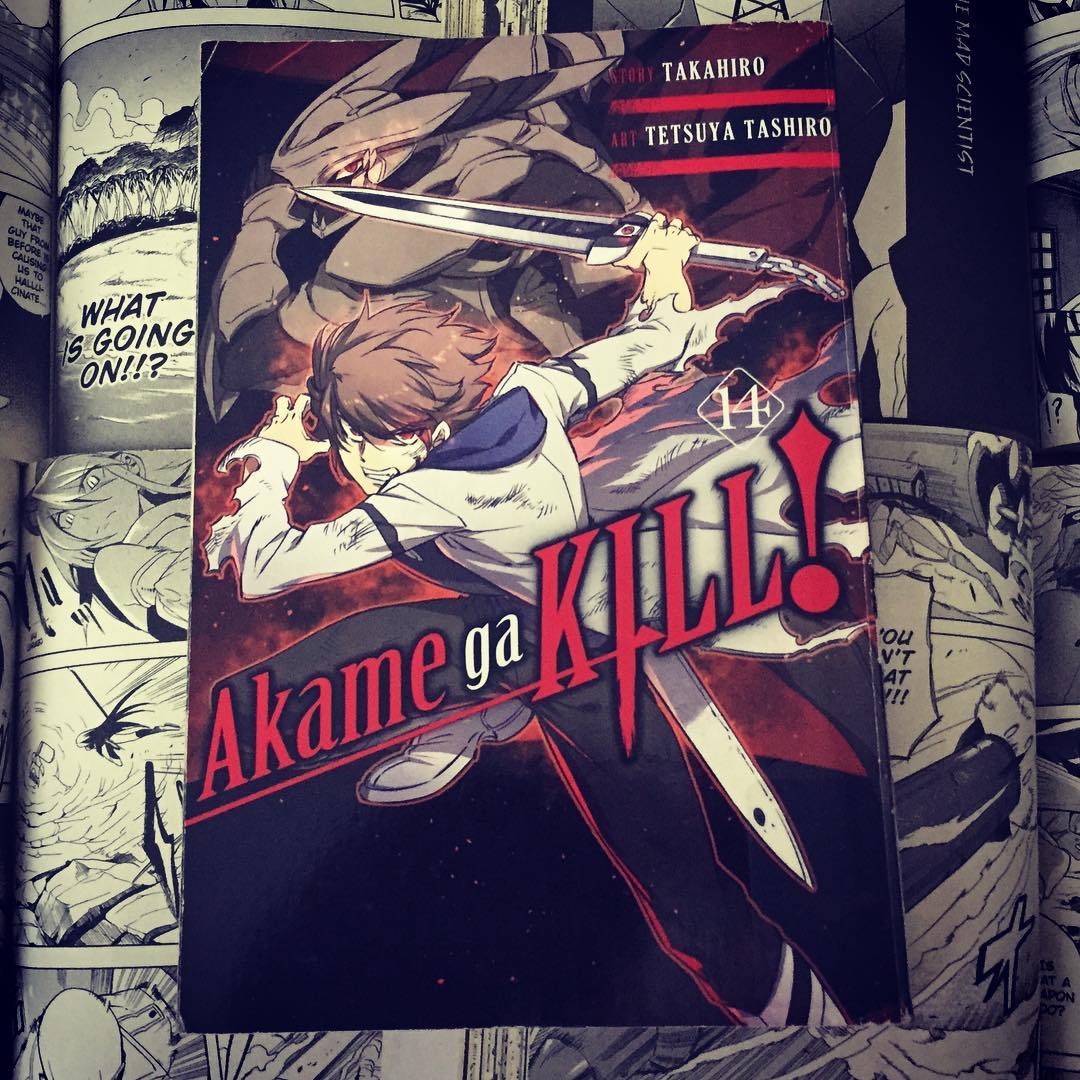 The Rebel Army has surrounded the Capitol and is ready to launch their attack. Of course, Honest isn’t about to go down easy and has more than a…

Tatsumi is just a country boy trying to make it big in the Capital so that he can save his village. He’s thought Danger Beasts on the road…

Tatsumi is about to learn some very hard lessons about life as an assassin. Firstly, he’s not strong enough and without a Teigu, he may never be. Sheele… 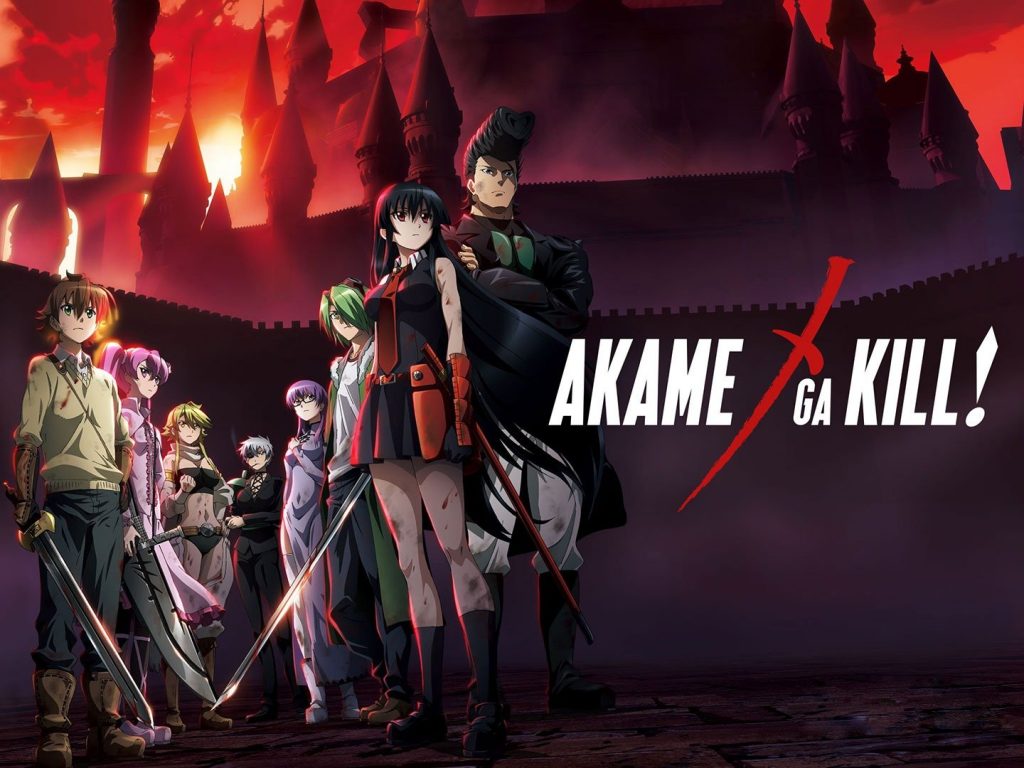 Tatsumi is dead! Esdeath stands beside his lifeless body as the revolutionary army charges forward. Annoyed at their interruption, she freezes them with a flick of the wrist,… 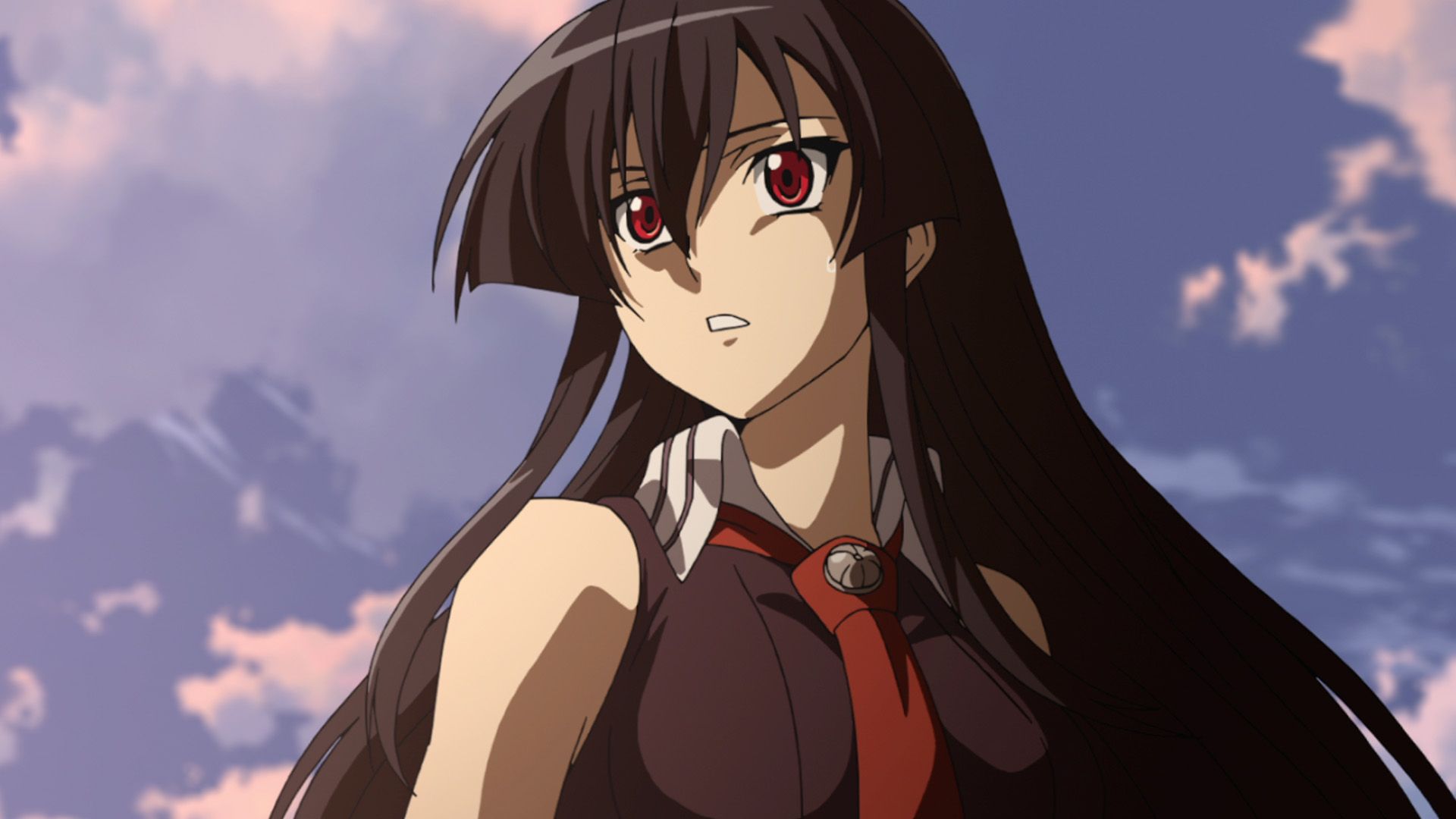 This is a top 10 on any top anime list anywhere. Only one season of 24 episodes flies by as it grips you and inspires you and hurts… 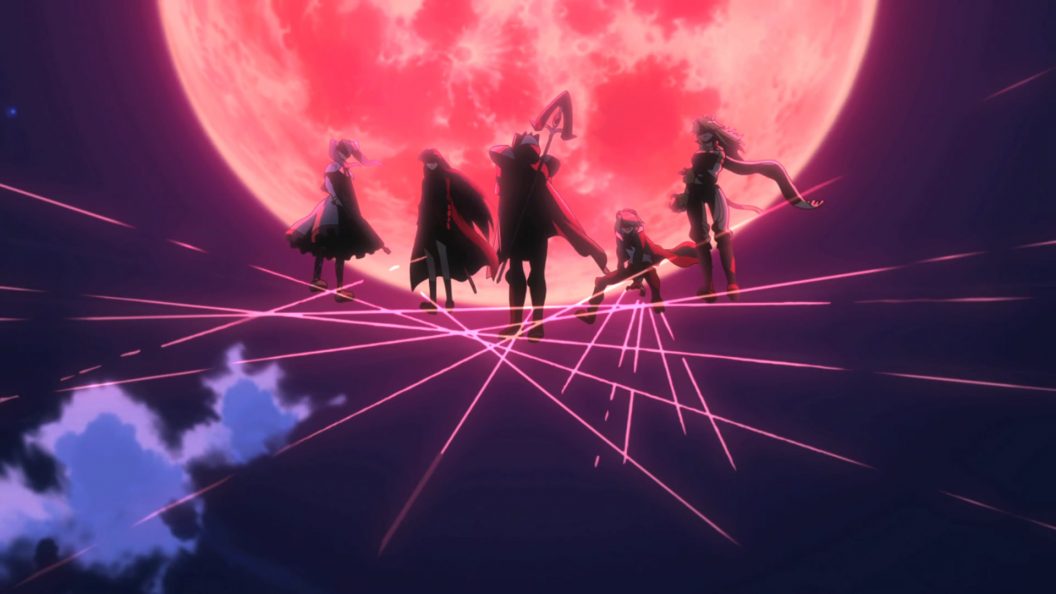 Tatsumi is a bright eyed, bushy tailed, country dweller that needs to go to the capital to send money back to his village. After a band of assassins… 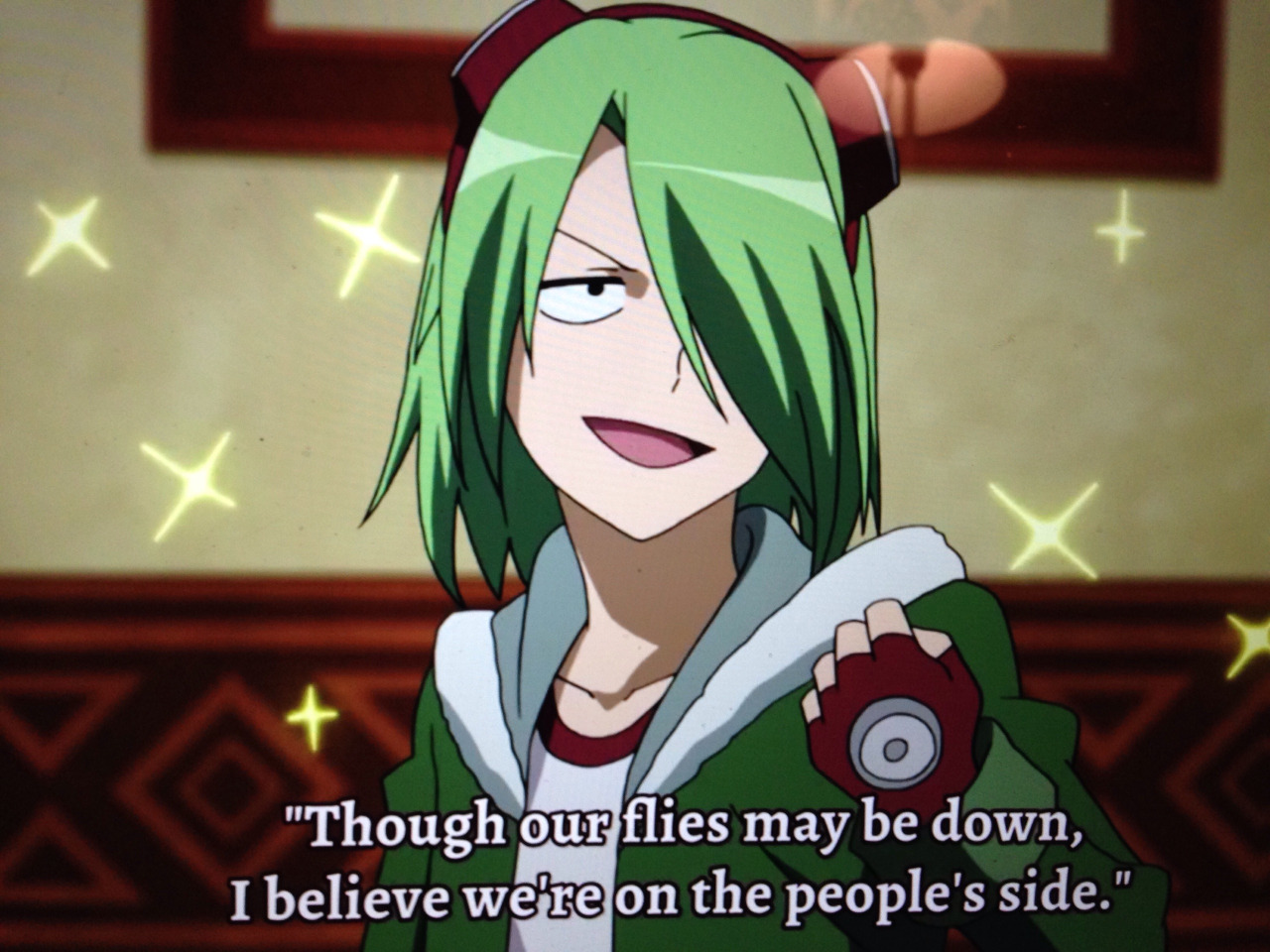 I reviewed another bad show. I’ve been letting Hulu decide what to watch after each episode of Naruto that I watch so I need to not do that.…

With the whole of Night Raid back at their base, Tatsumi prepares for the next part of his training with Mine. She’s been the least receptive to him…

If you love Akame ga Kill, you’re going to want to join me as I dive in and explore its story elements. However, if you don’t, why not…

*THIS POST CONTAINS SPOILERS! YOU HAVE BEEN WARNED* Akame ga kill!, an anime about a boy called Tatsumi and his friends who try to go to the Capital… 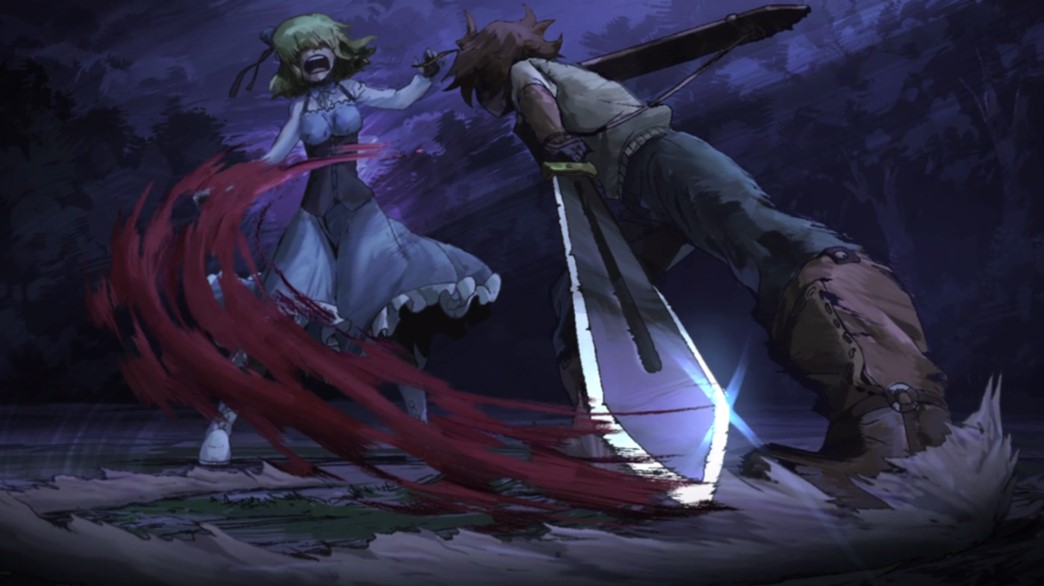 When Tatsumi left for the big city in order to save his home, he never expected to become a part of a feared group of assassins known as…

Tatsumi finds himself at the base of the band of assassins known as Night Raid. Leone is determined to recruit him and introduces him to the rest of… 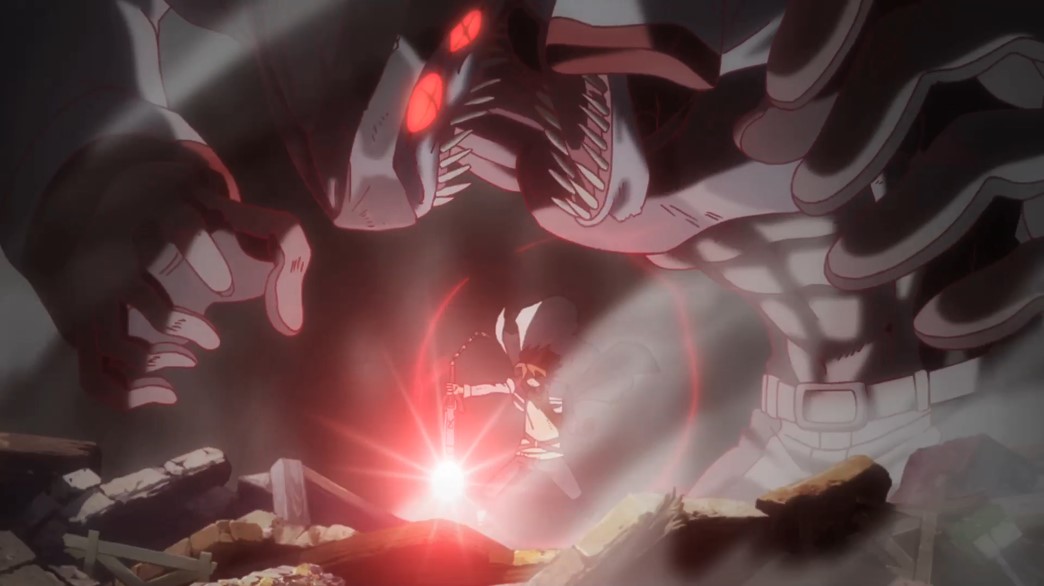 It’s time for Night Raid’s final mission – kill Minister Honest, but with only four remaining members, the odds are going to be against them. Hopefully, the Revolutionary…

Tatsumi’s village has been crippled by increasing taxes. Together with his two friends, they set off to the capital to join the army and send money home to…

(Note: No spoilers are given concerning who dies, how, or when) Akame ga Kill is a 2014 anime by studio White Fox. It’s fairly well-known, but perhaps not…

I'm usually not a fan of assassin/yakuza-type manga. However, I'm enjoying Akame ga KILL! so far, so that should tell you something.

Tatsumi is starting his training with Sheele, but he’s having some difficulties saying goodbye to Sayo and Ieyasu. With the understanding of Imperial Arms, he’s hoping that there…

Leone is next to take over Tatsumi’s training and together, they go on a mission to destroy a criminal group that is drugging and kidnapping women. Meanwhile, Mine… 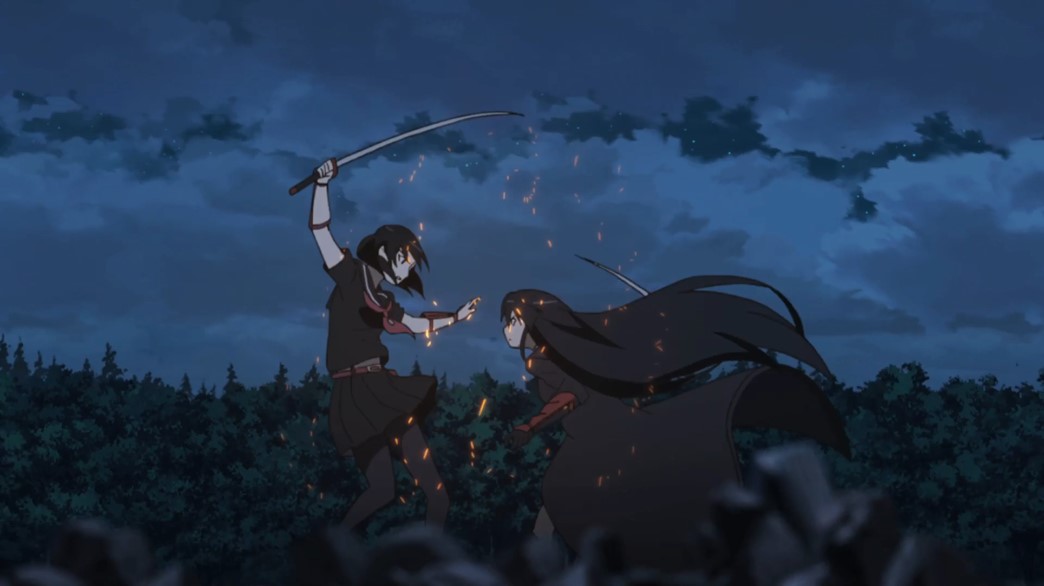 The revolution is in full swing now and Wave is starting to have doubts. These are compounded when Kurome disappears to fight her big sister, Akame. Meanwhile, Minister…

A serial killer has been plaguing the capital for some time now. He kills by decapitation and the number of victims is unknown. Night Raid jumps into action…

General Esdeath is back in the capital and she’s already causing problems for Night Raid, but she’s also looking for love in between the rampant murder and chaos.…

Bulat and Tatsumi are trapped on a cruise ship with Esdeath’s Three Beasts. With nowhere to run, they will have to fight for their lives and Tatsumi is…

The frenetic action in Dolly Kill Kill continues in Volume 2, where we might've learned more about those dollies...and if they can actually be defeated.

Dolly Kill Kill has lots of questions to try and answer, but with slick art and a frenetic story, its debut volume does well enough to be a…

By Jeannette Ng. Kill la Kill rests on a panoply of ridiculous puns, the central pair of which work just as well in English due to them being…

More nutsos, an underwater battle, and turtle racing means it's just another day in the world of Hinowa ga CRUSH! in our review of Volume 4. 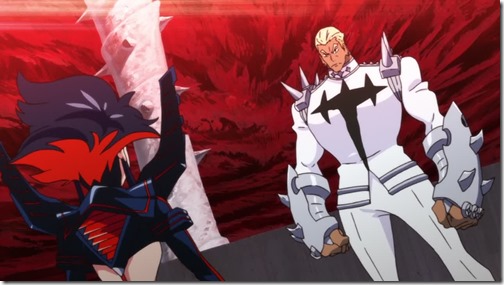 It is time. Time for the ultimate battle royal for Ryuuko. The last few episodes covered the short time leading up to this moment. She’s fought her way…

Dolly Kill Kill is a survival horror manga by Kurando Yukiaki (story) and Nomura Yusuke (art). Of the eleven completed volumes, seven have currently been translated by Kodansha. The… 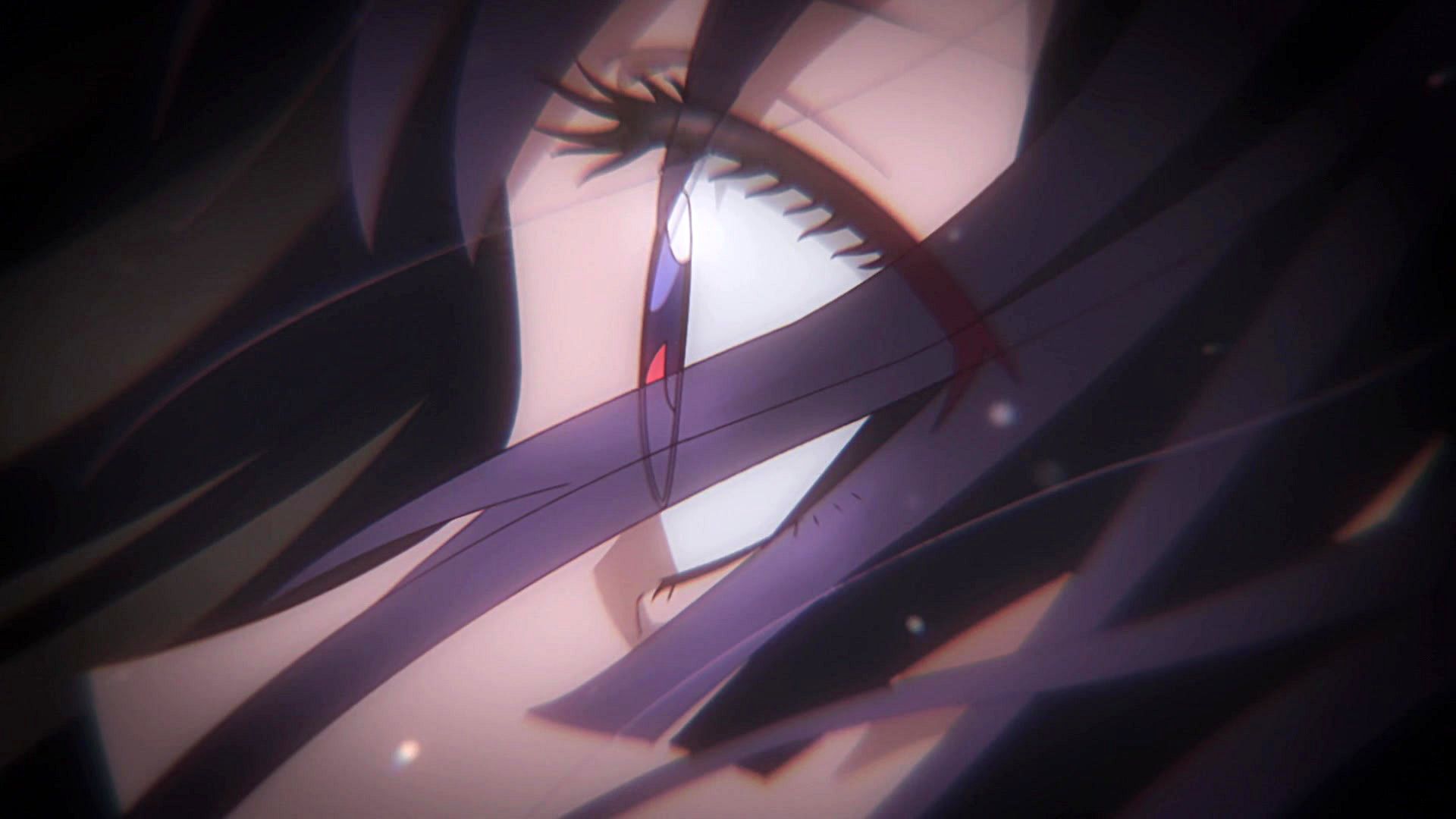 Gallery from Osananajimi ga Zettai episode 3 that you can use as a wallpaper or add to your Pinterest or website. 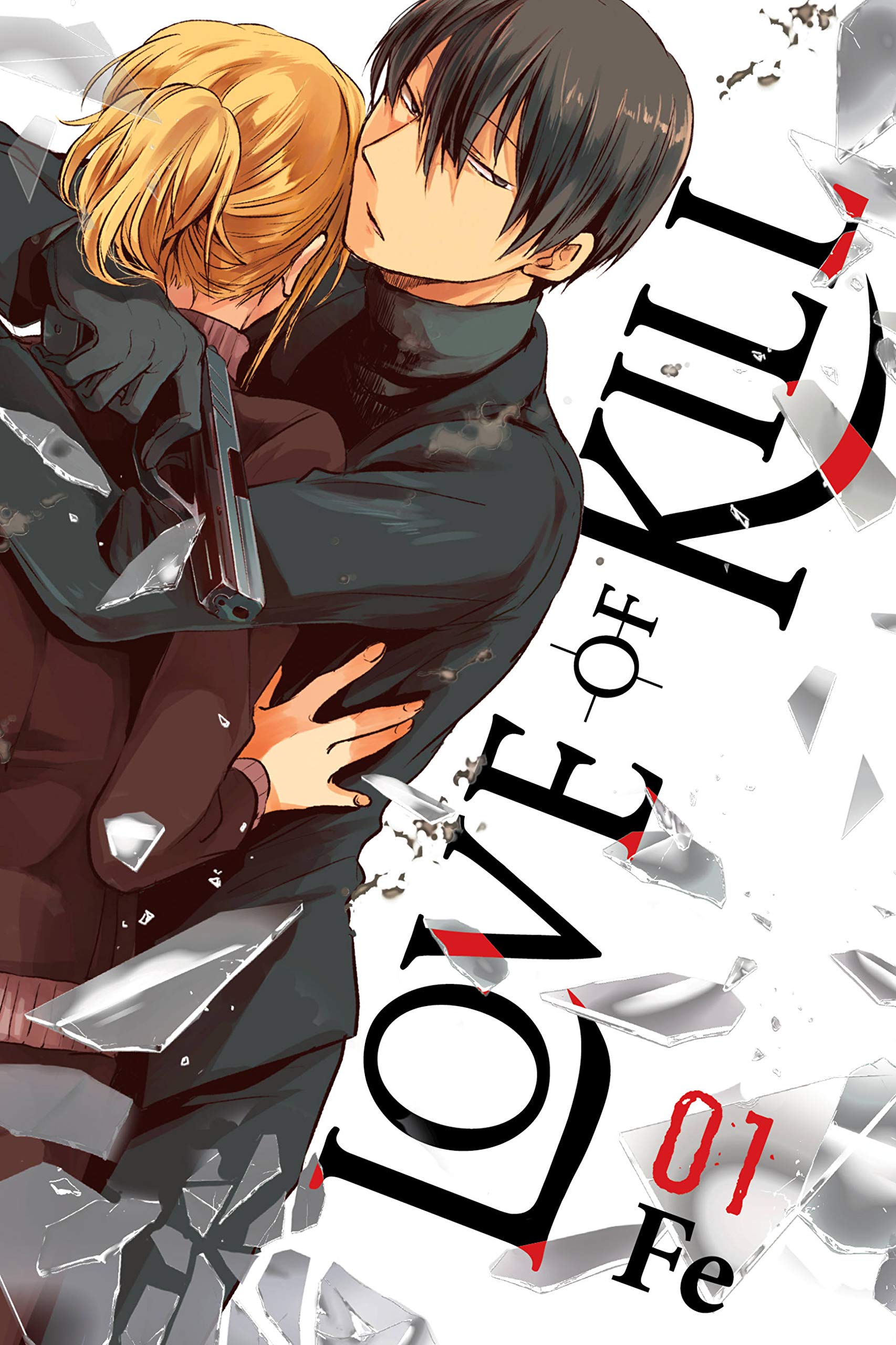 The Anti-Social Geniuses check out Fe's Love of Kill manga, a romance between two professional assassins that's not for the faint of heart. 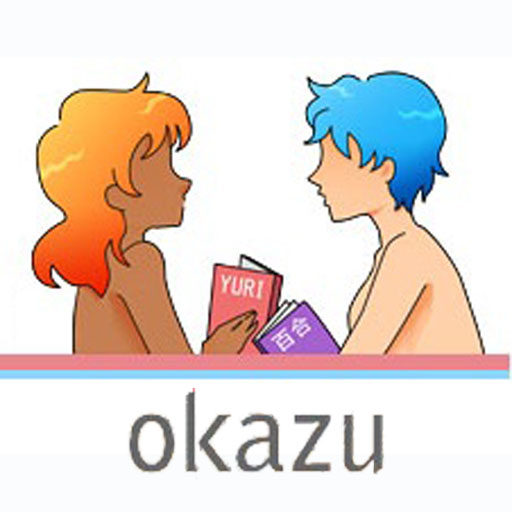 Here we are at the end of Akashi’s workplace-romance that became a completely different story. In Still Sick, Volume 3, as I said in my review of the…

In Volume 1 we met mystery hunter Sorawo, who nearly died while visiting an “other” world that had access points in our own and Toriko, the beautiful blonde…

The third volume of the manga Vampeerz (ヴァンピアーズ) Is chock-full of fetishes and fears. Vampires in school, but really, It’s all what you’d expect from Akili,, Gravitas…

Don’t lose your- Man does that joke get old? So far… no! No time for filler introductions, this OSMcast is about studio Trigger’s first time to really shine and…

How Long is This Series: Kill la Kill

God, I love (name of video streaming service that can pay if it wants to be advertised here)! When I signed up, I got to watch all of…

Confessions of an Overage otaku

In Volume 1, we met Kureha, a girl who hates bears, Ginko, a girl who is positive she is a bear. In Volume 2, we met Lulu who…

In Volume 1, we met Shimizu Makoto, a fairly successful team leader at a company, who has a secret life as a Yuri doujinshi artist. When her co-worker,…

Kanata and Narumi's past is further explored in Volume 3 of Harukana Receive, but don't think we aren't introduced to a child commercial star in this one!

Freya knows that despite the odds she must stop the Sigurd army in Prince Freya Volume 3, but its story execution leaves a lot to be desired.

March of the Magical Girls Begins! But... does this first entry even belong here? Stay Toon'd!

Our look at the manga series Parallel Paradise continues! The next volume is hot off the presses, and I wasted no time getting my hands on it. The…