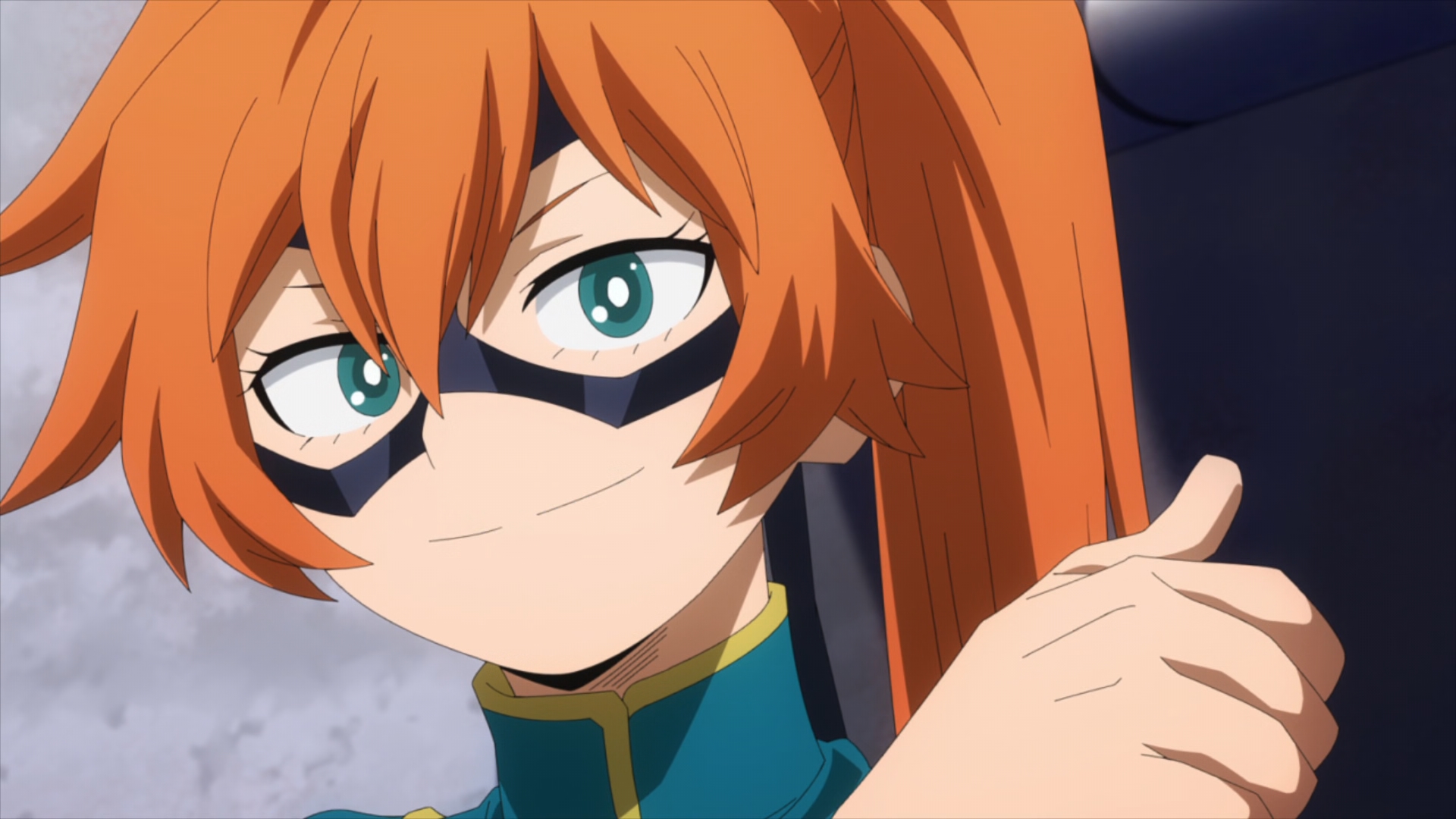 This is looking to be another tough matchup for Class A on the surface. I fully expect that at some point next episode we’ll see Momo utterly turn the tables. Mostly because I just don’t see Kendo as being that much better a tactician than Momo. And that’s nothing against Kendo. She’s a likable character and despite not having a flashy quirk, she has shown her ability to step up when it counts. I just think that Momo has a good plan waiting to be executed. Momo has come a long way from the person who lost her confidence when fighting Tokoyami. I fully expect Momo will pull off some clever tricks even when things are looking dire. 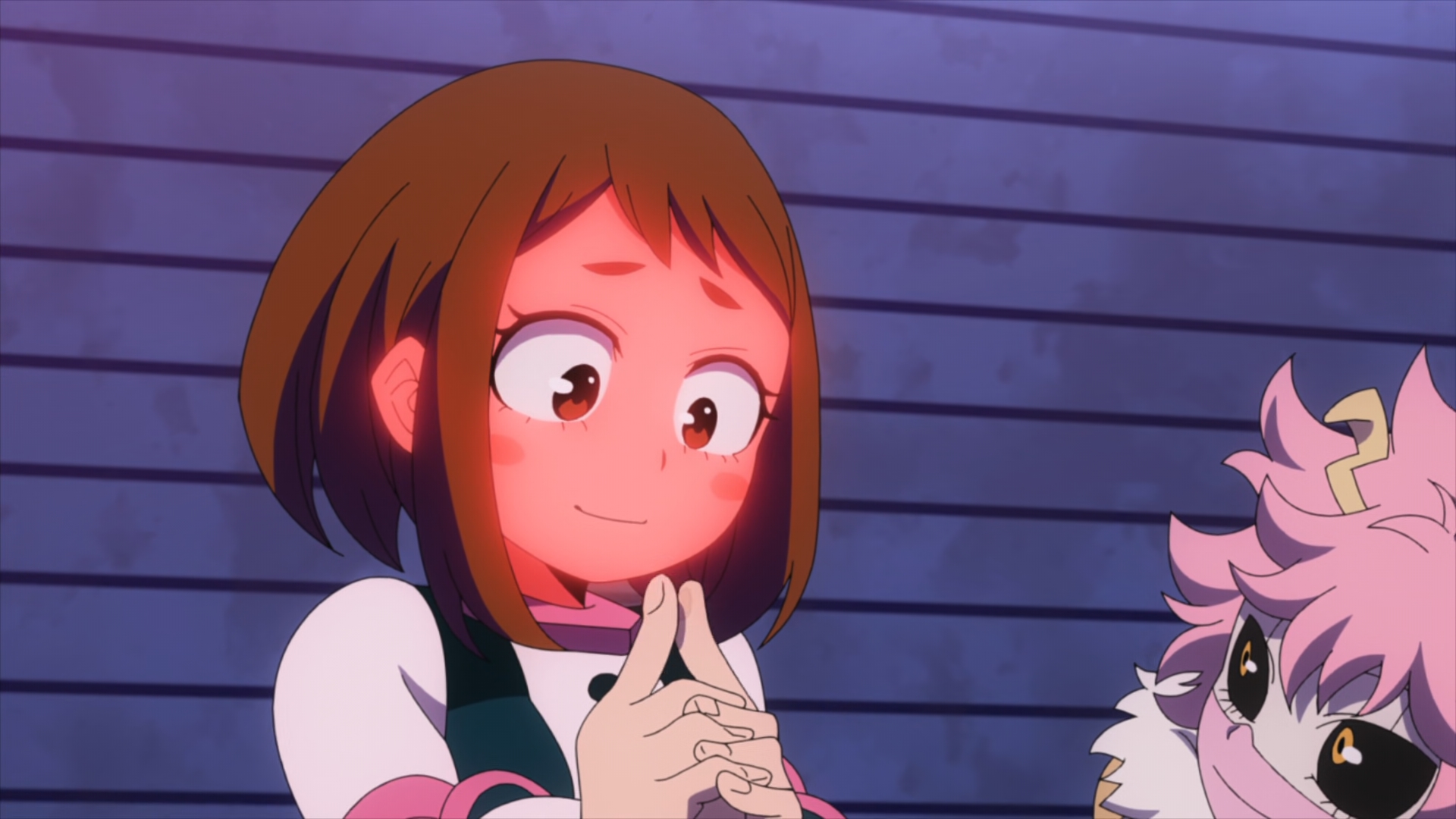 The last episode obviously was one that triggered plenty of strong responses from others. And that was honestly the same for me. Whether the choice to handle Deku’s…

After a bit of a break we’re back with this show once again. Honestly, this might have been the most solid episode of the season thus far. It… 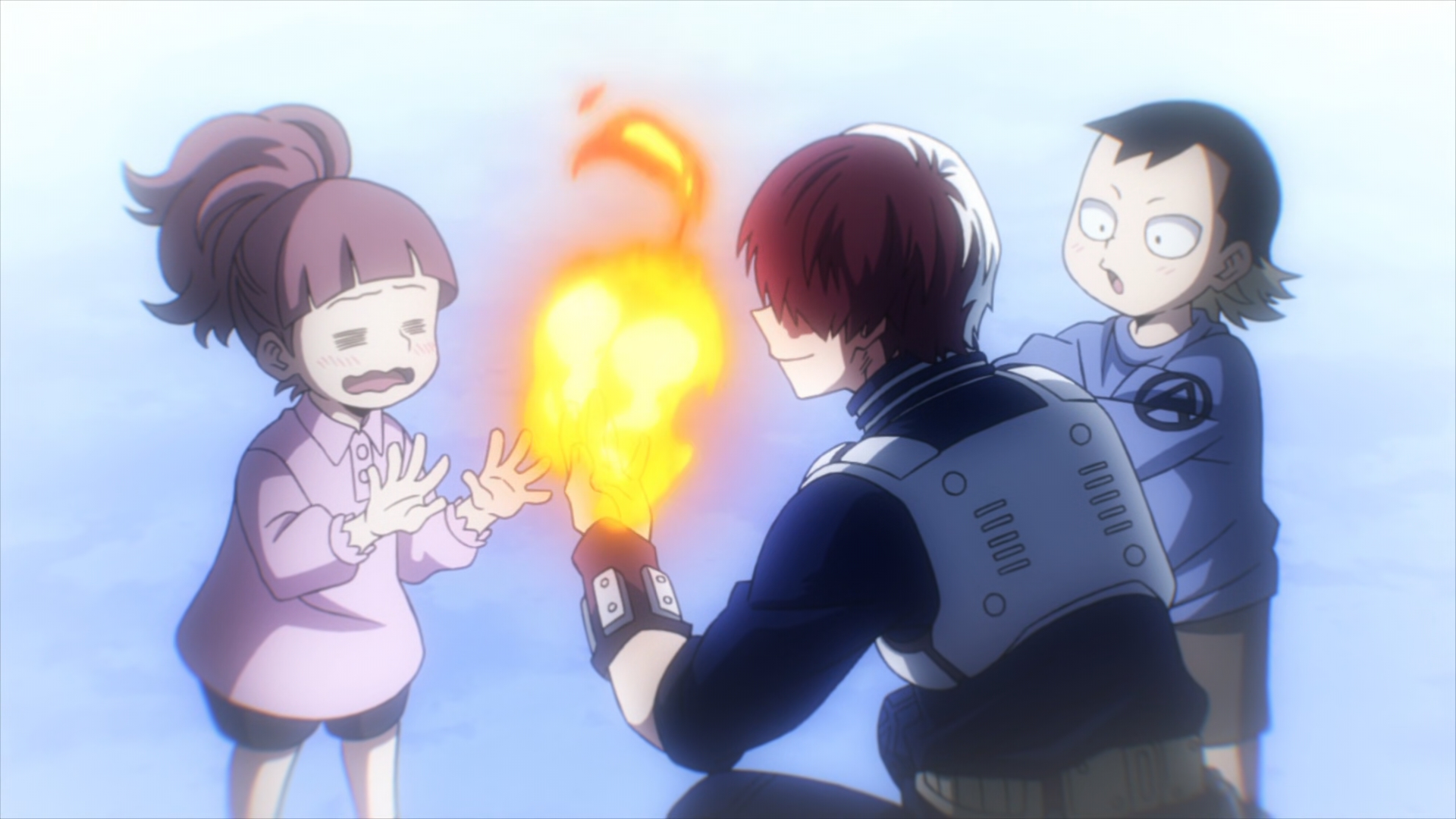 This is the kind of thing I was hoping to see. An episode that further developed the overall setting of Boku no Hero Academia and furthered a fairly… 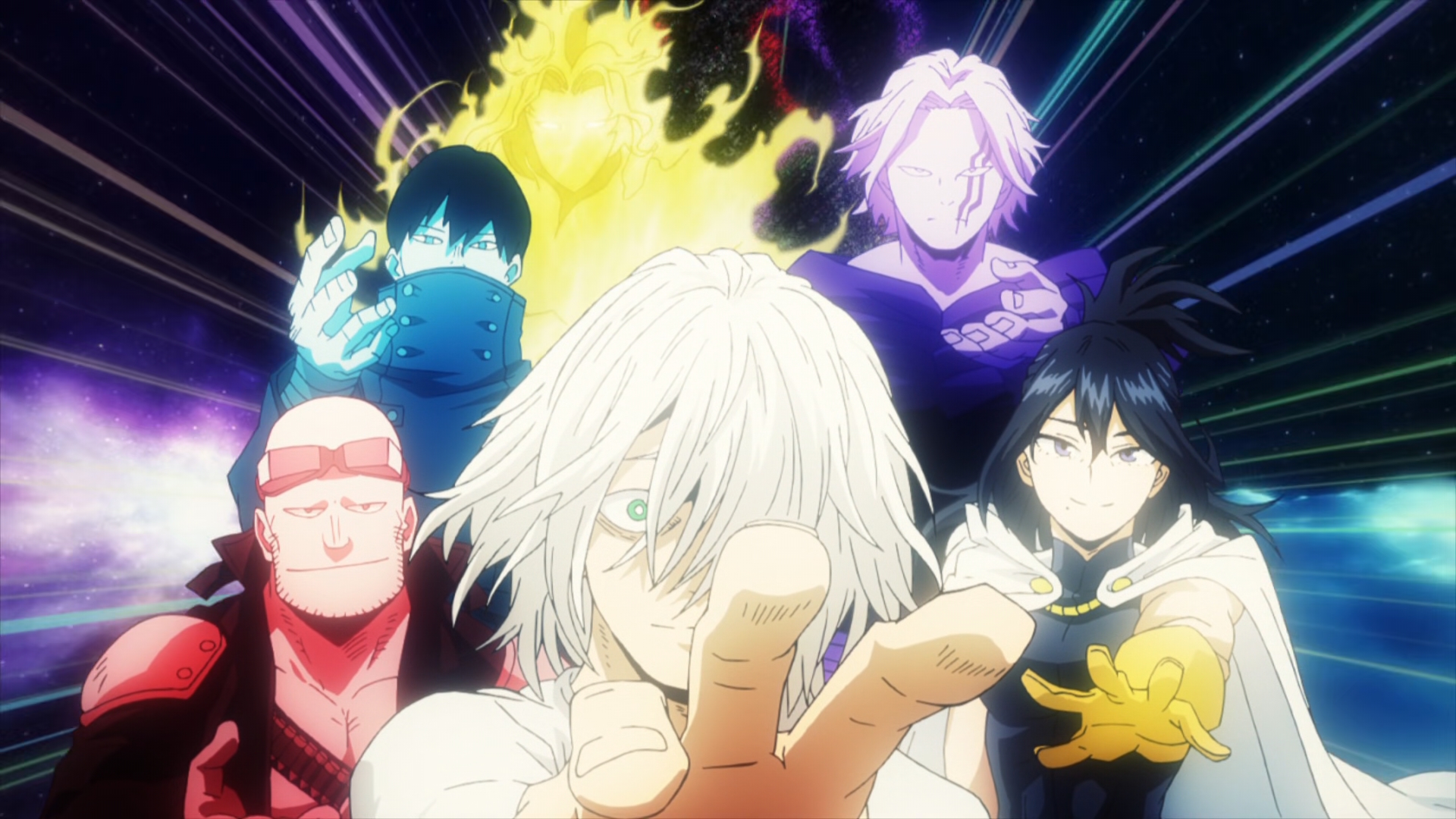 For the time being we are leaving familial drama and villains behind in order to focus on the main cast once again. I can’t imagine that this Class… 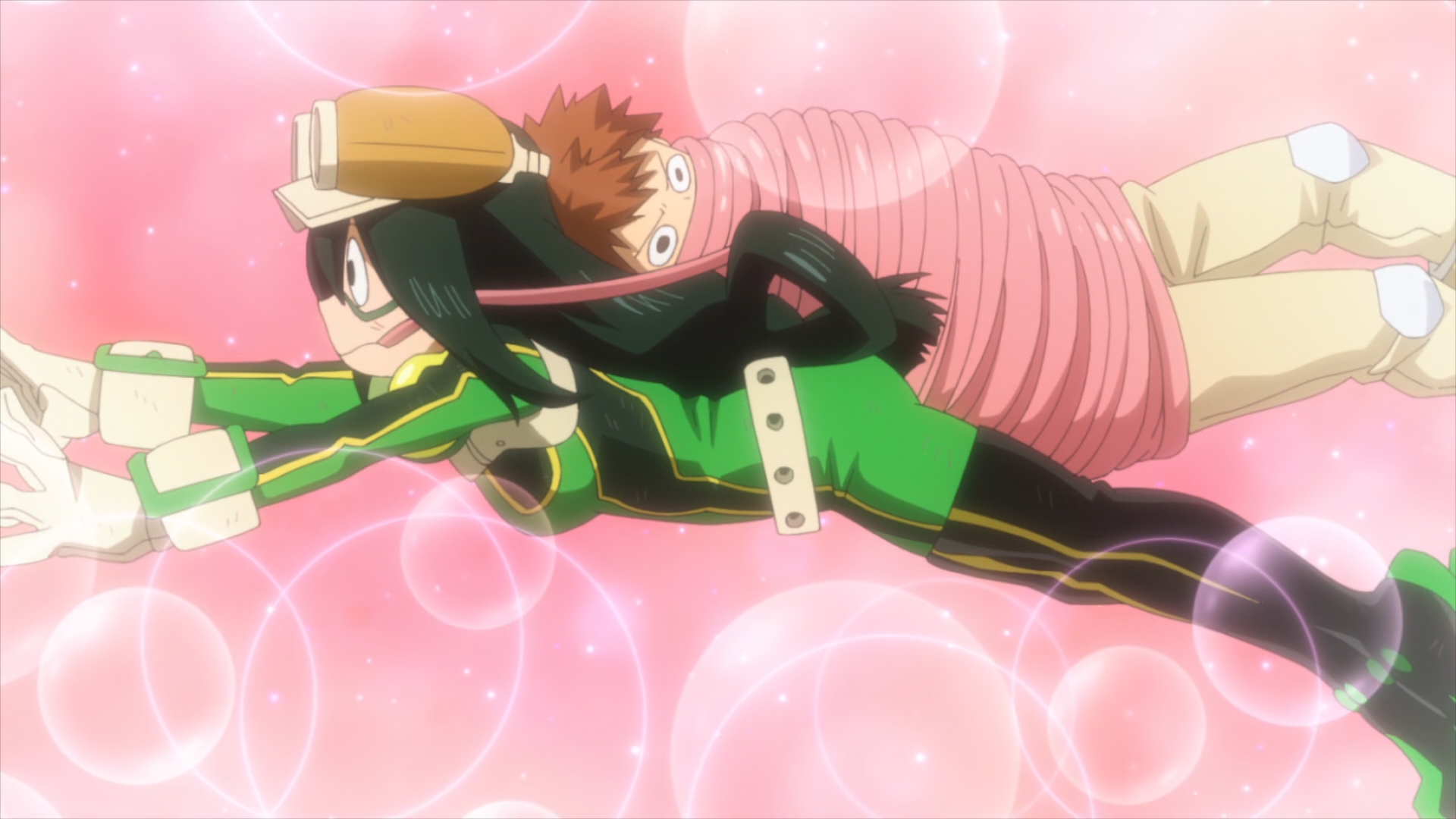 I’m glad this episode found a good degree of balance. It would have been really easy to just let Shinso mostly win this thing on his own to… 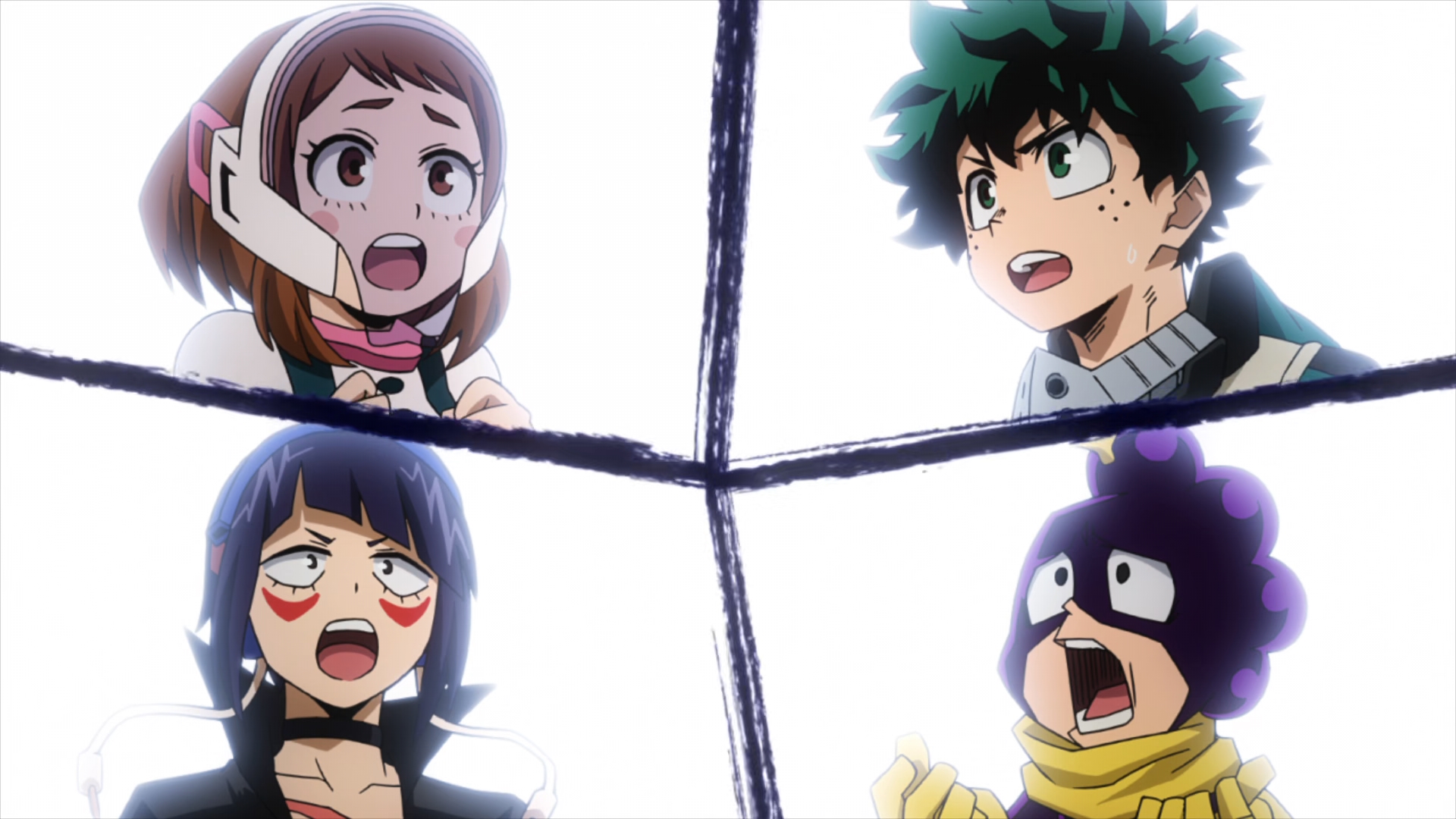 Well you knew they were going to spot Class B a win eventually. The odds seem strong that they’ll make sure to split the next few matches so… 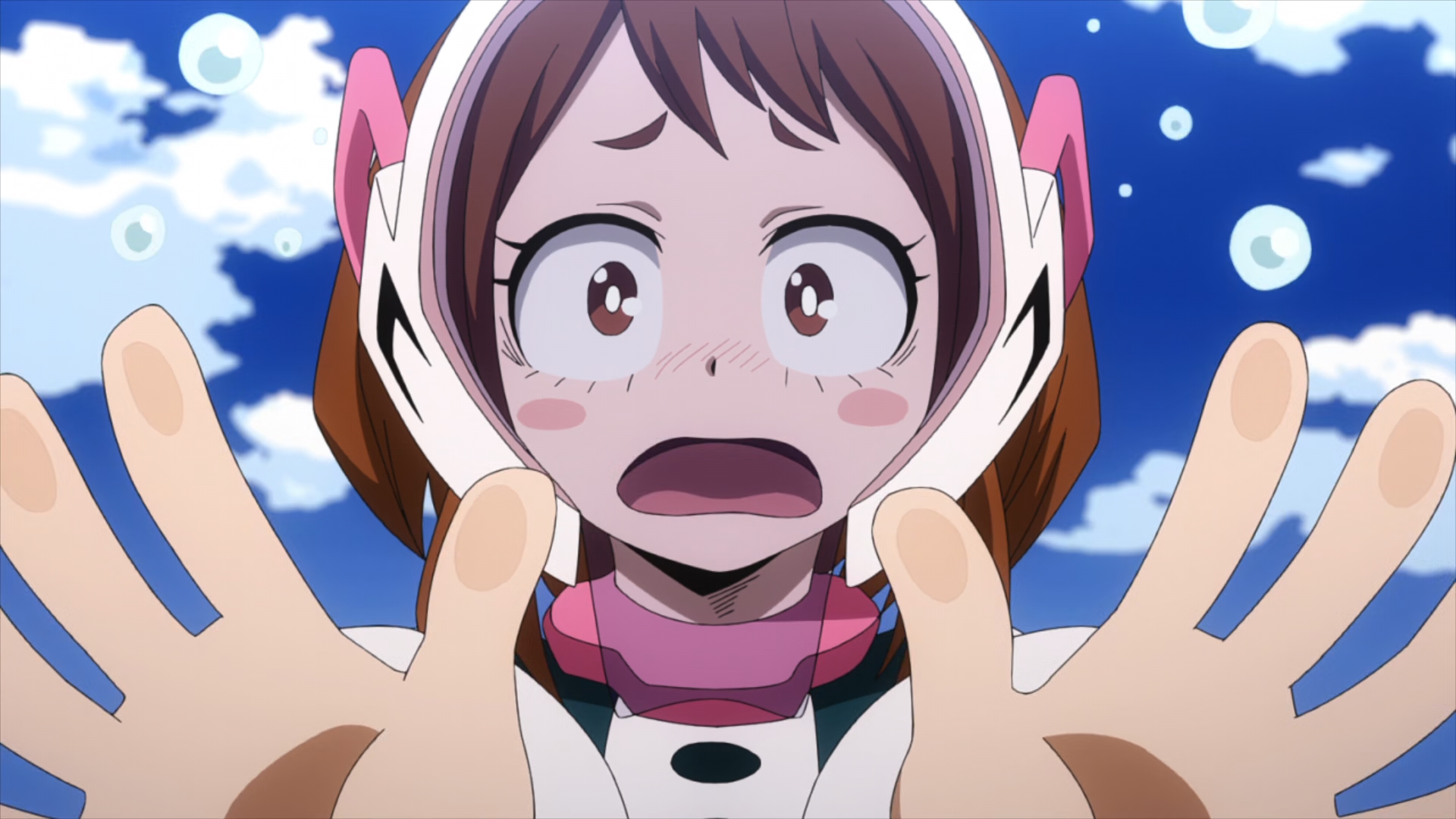 While this arc is definitely going to drag on, we did get a solid episode this week. Focusing back on the Todoroki side of things definitely gives the…

It really is a bit shocking that this show is turning into the weakest of all the ones I’m covering this season. As a whole the franchise is… 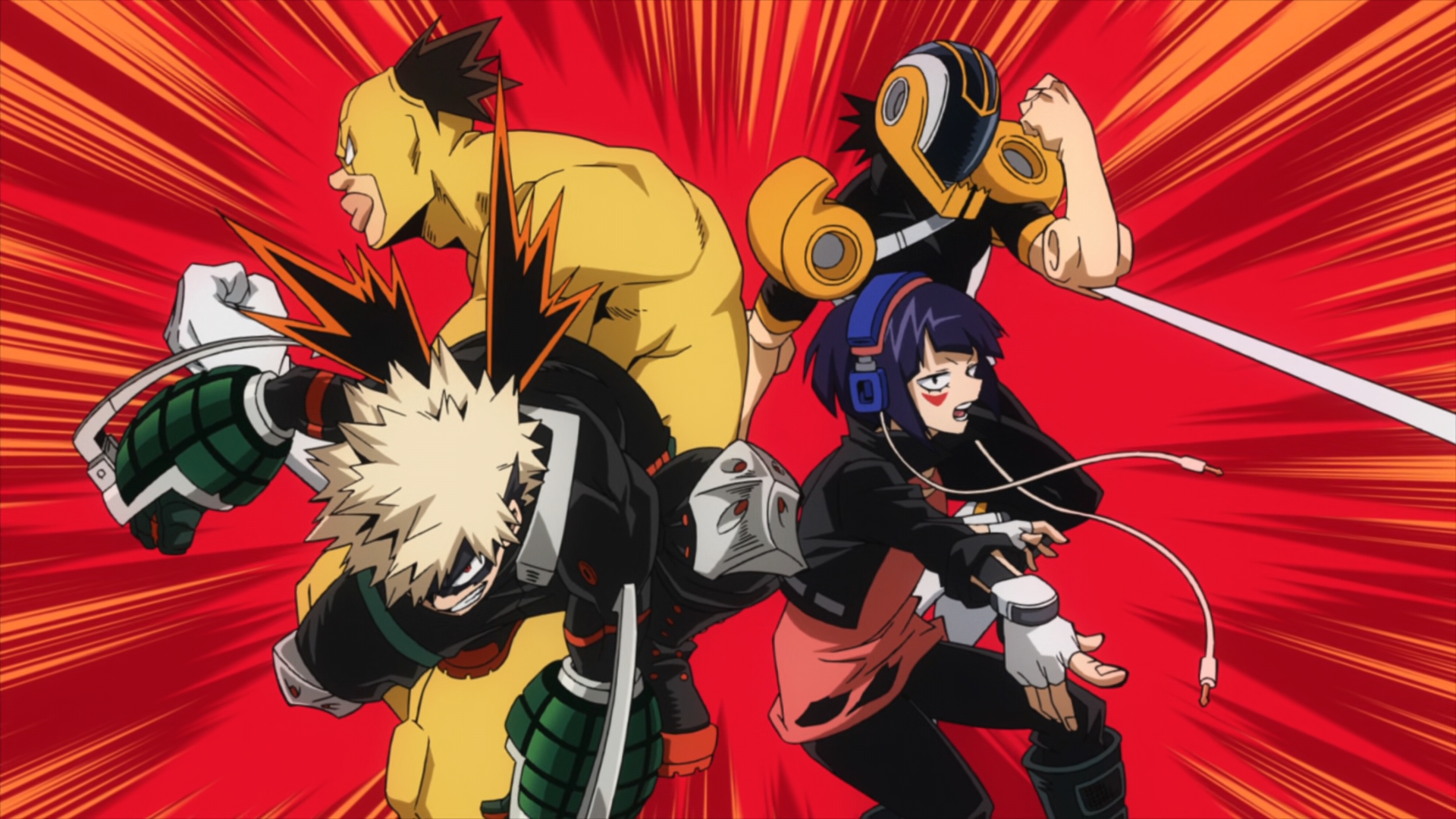 This was probably the best episode from this series in at least a month. Instead of pointlessly dragging out a match or having the main cast make dumb… 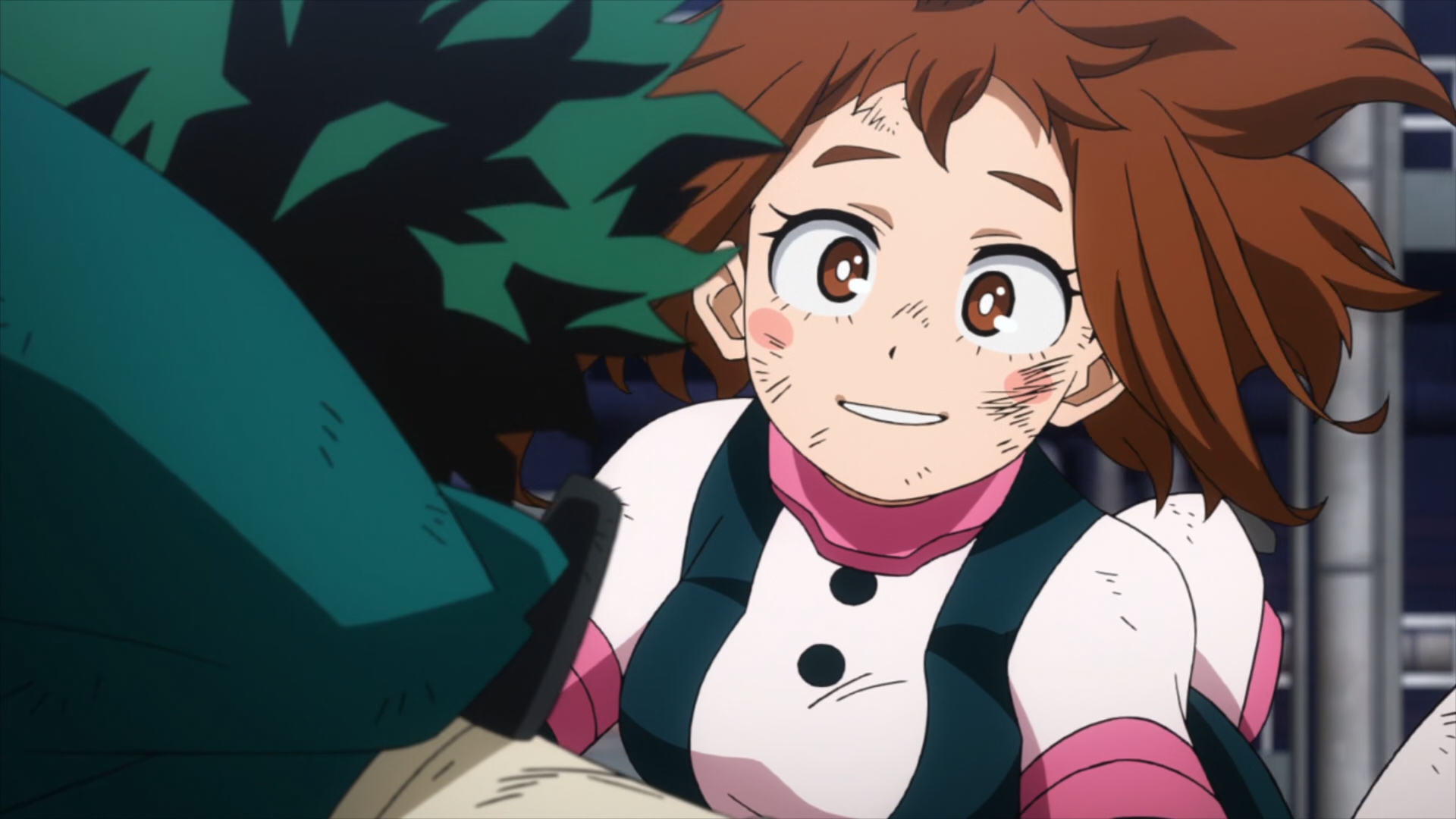 This is definitely an episode that changes the status quo for Deku. There’s no way it can’t change since it is a major shift for the main character… 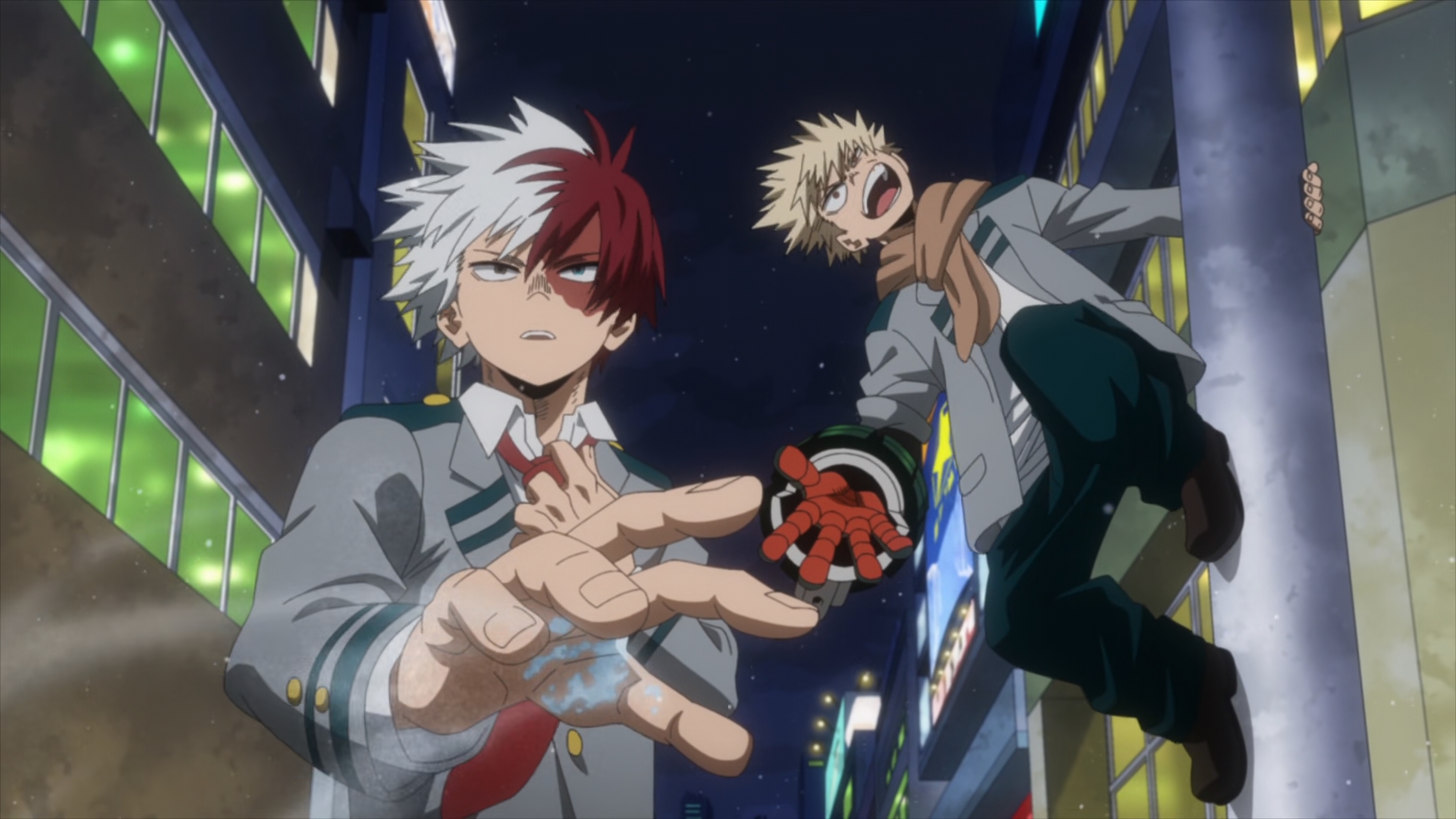 This episode was a pretty comfortable one. We got away from uninteresting matchups and there was a bit more focus on things that actually matter to the story.… 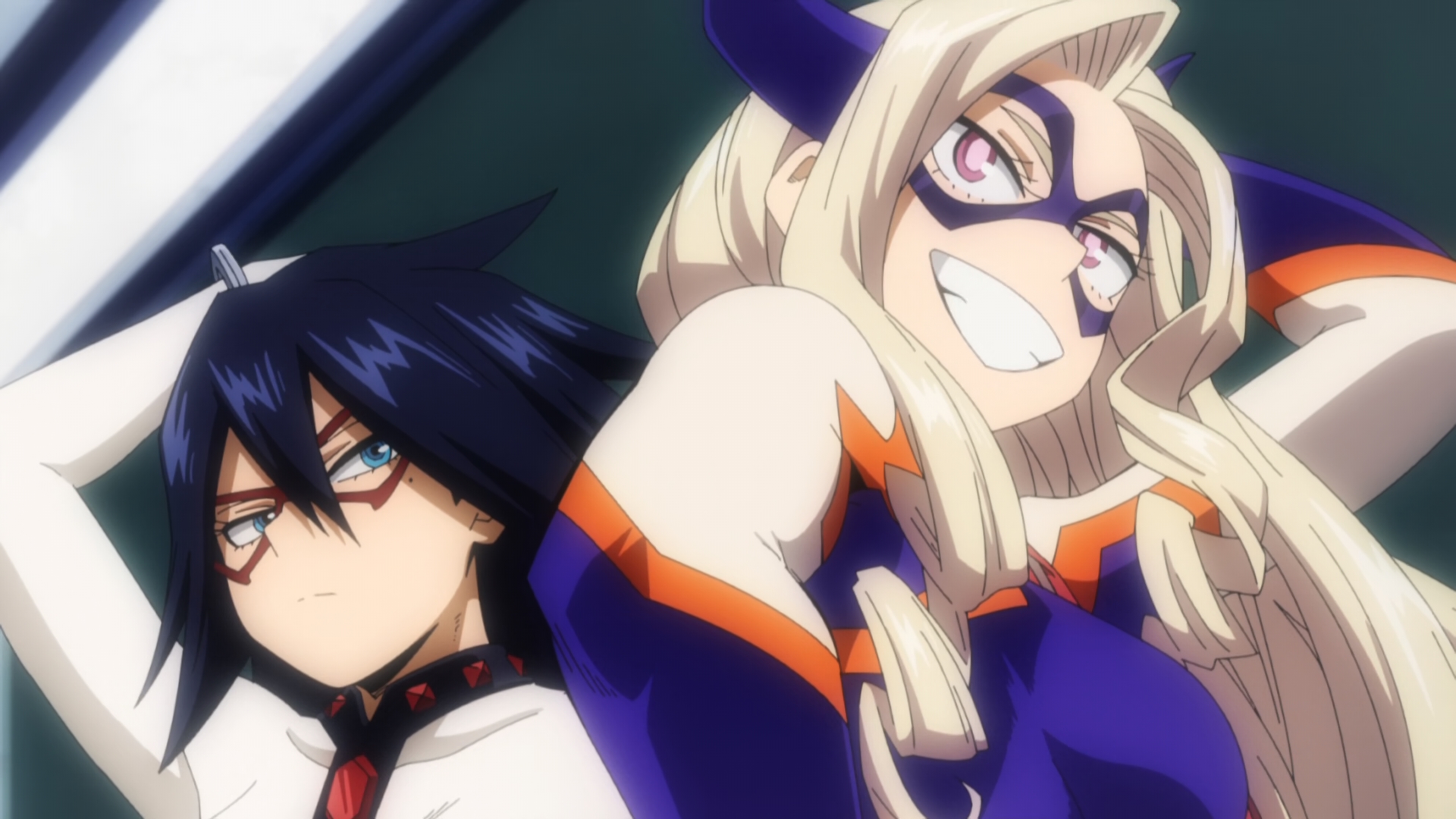 The story continues to slowly move forward. Which is definitely a major improvement from the previous month where nothing much happened. Fair enough that these characters do need… 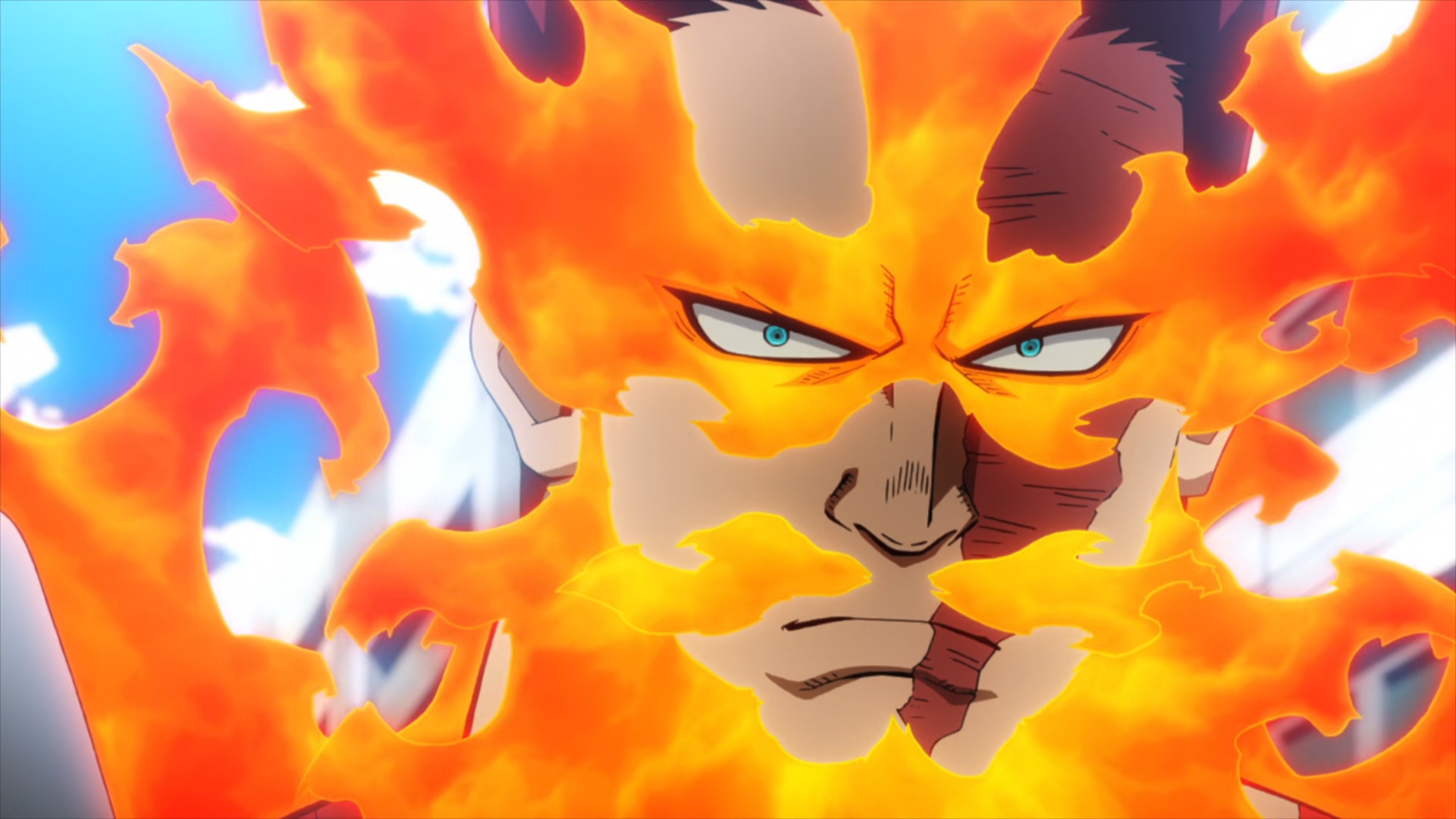 In the end the new arc has gotten rolling and in a lot of ways it was more interesting than what we’ve been getting until now. The world… 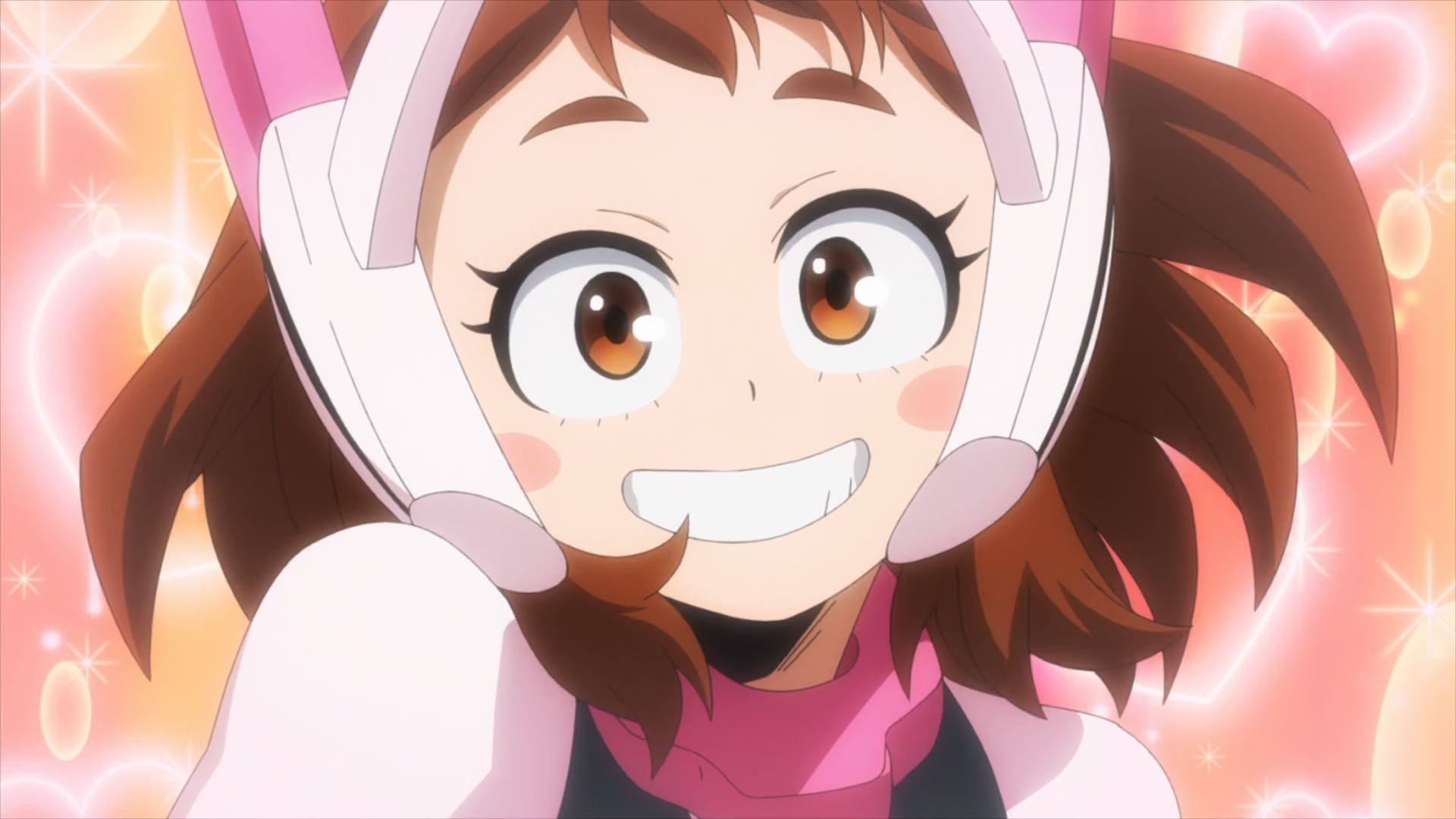 I have to admit it is a bit surprising how much of this season is tying into the next movie. It honestly leaves me a bit baffled as… 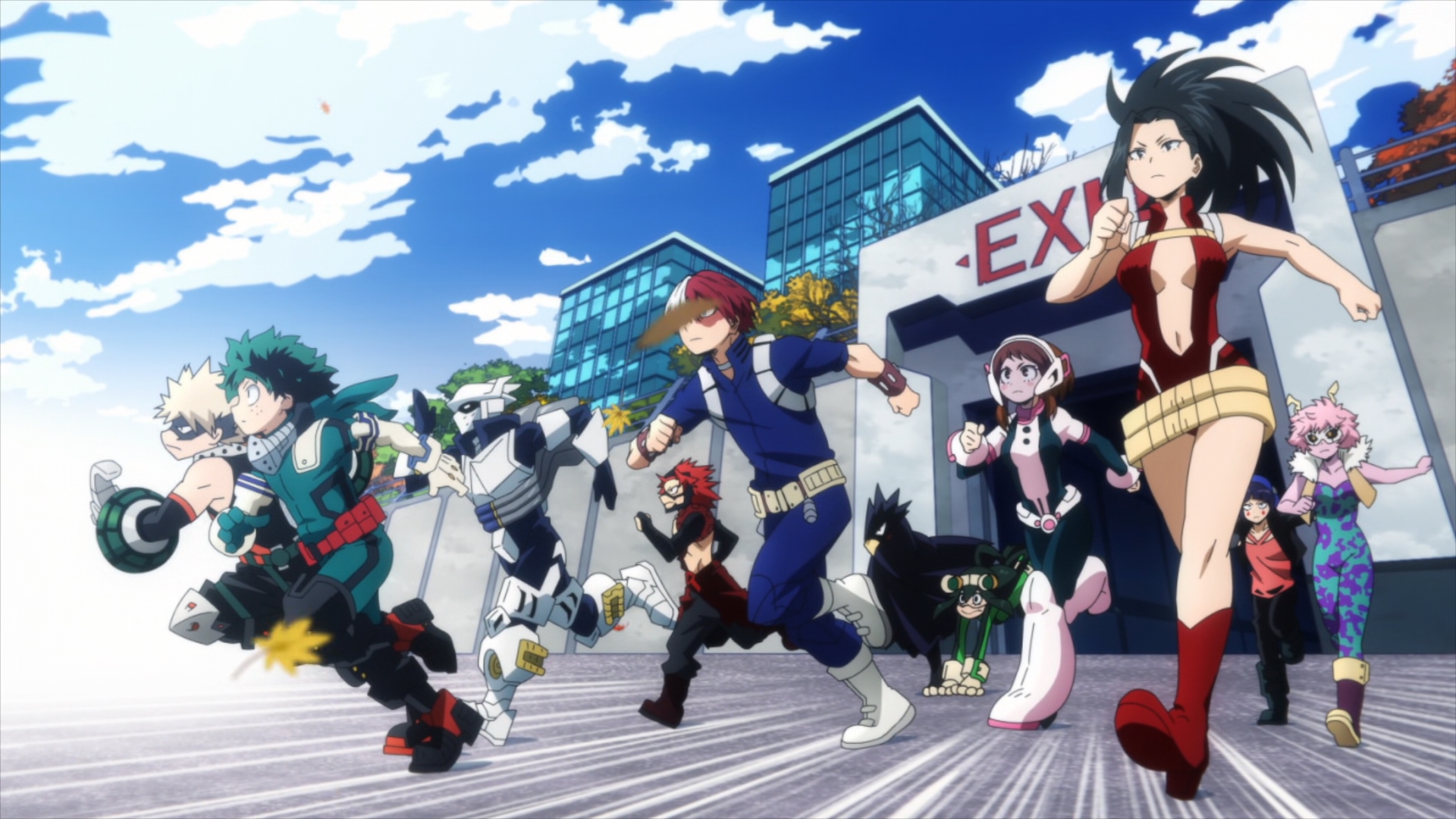 Welcome back to Boku no Hero Academia. Even though that statement will honestly be truly accurate next week. Much like every other season this episode was partially a…

If a hero and a city ever matched up, it's Fat Gum and Osaka. Read more The post Boku no Hero Academia Season 4 – 05 appeared first… 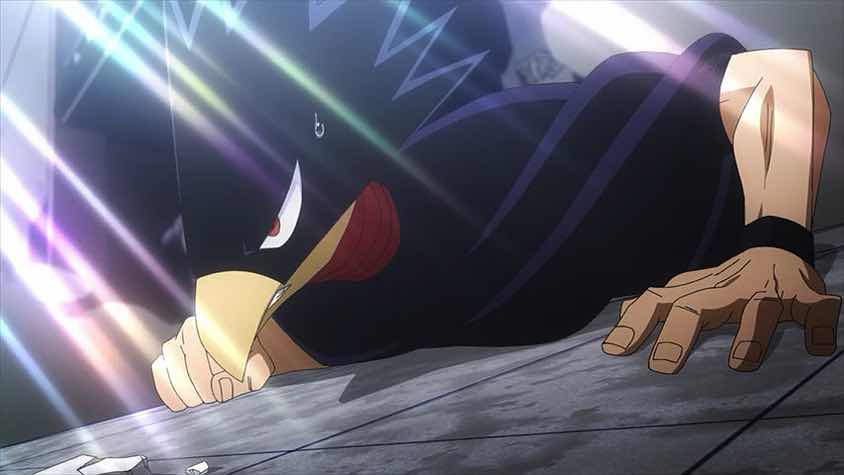 Every time we see it in action, Dark Shadow strikes me as a terrifying force to be reckoned with. Read more

「嫌な話」 (Iyana Hanashi) "An Unpleasant Talk" "Hey, even if you regret something and get depressed, nothing will change. Did you know that?" The post Boku no Hero Academia – 69 appeared…

「GO!!」 Build up to an explosive start. The post Boku no Hero Academia – 70 appeared first on Random Curiosity.

「出向」 (Shukkou) "Temp Squad" A bridge to a scarier future.

「明るい未来」 (Akarui Mirai) "Bright Future" A punch to the gut.

「掴めガキ心」 (Tsukame Gaki Kokoro) "Win Those Kids' Hearts" The children, they are our future. Of death!

「文化祭」 (Bunkasai) "School Festival" Time for the others to shine!

「開催文化祭！」 (Kaisai Bunkasai!) "School Festival Start!!" As soon as flashbacks start playing in the middle of a battle, you know what's going to happen.

「全員出動！１年Ａ組」 (Zen'in Shutsudou! Ichi-Nen Ei-Gumi) "All Hands on Deck! Class 1-A" A nice, relaxing filler episode with a side serving of recap to kick off Season 5 of Boku no…

「面影」 (Omokage) "Vestiges" I can't believe Hawks would betray the Heroes like that. Shake my head.

「先を見据えて」 (Saki o Misuete) "Foresight" What a way to tie up the scores.

「第３試合」 (Dai San Shiai) "Match 3" I thought this would be over in a second or two. Guess I was wrong.

「第３試合決着」 (Dai San Shiai Ketchaku) "Match 3 Conclusion" Not sure if that was awesome or anti-climactic. Possibly a bit of both.

「先手必勝！」 (Sente Hisshou!) "Early Bird!" I like to think I wasn't the only person who had inappropriate thoughts when Jiro was shooting glue everywhere.

「受け継ぐモノ」 (Uketsugu Mono) "That Which Is Inherited" The cat is finally out of the bag.

「いざ！エンデヴァー事務所」 (Iza! Endevaa Jimusho) "Off to Endeavor's Agency!" Santa Eri needs to be protected at all costs. And did anyone else get flashbacks to the Hunter x Hunter roast chicken?

「いざ！エンデヴァー事務所」 ( Iza! Endevaa Jimusho ) "Off to Endeavor's Agency!" Many watchers might have been left with a Burnin desire.